Authorities Searching for Black Market Hoard of Over $13,000 in Pickle Products

Can you dill with this? The criminal world gets a little spicier with this $13,000 hoard floating around for the taking

Ah, Detroit. Home of Motown, the Tigers, and…pickle thievery? It appears as though this may be the case in the latest round of food-focused news coming out of Motor City. Some innovative bandits have apparently made off with $13,867 worth of products from artisan pickle maker McClure’s. 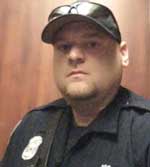 “I have done a lot of things in my 18 years as a police officer, but didn’t think I would be setting aside other work to be out looking for a pickle bandit,” Detroit Detective Mike Pacteles told The Detroit News.

This pickled tale first begins with the illicit nabbing itself. McClure’s employees alerted authorities to the uncommon crime after noticing a substantial amount of product missing from its St. Aubin warehouse. 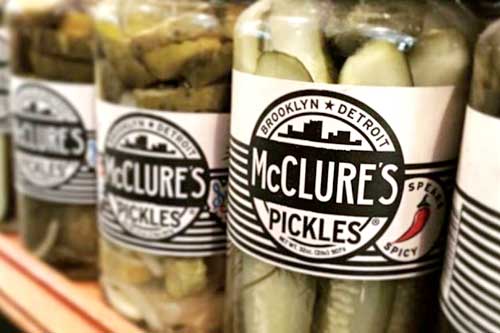 Upon inspection, the company accounted for the following pickle products which were nabbed from its operations:

Fast-forward to even more pickle debauchery when company employees reported seeing these McClure’s products at stores which the company does not distribute to. Five stores were found selling the pickles in question at equally as questionable “bargain prices.” For instance, jars that normally retail for $9-10 per jar were being offered for $3-4 a jar.

Detective Pacteles continued to state that the pickle plot thickens as any stores selling the improperly procured products could face felony charges for receiving and concealing stolen property. If convicted, store managers or owners could face weighty fines and prison time.

“We assume that this is an inside job involving employees or former employees and will be able to eventually identify the person or persons involved, and they could be facing theft and embezzlement charges,” he stated, asserting several suspects have already been produced in the investigation, and the stores selling these products may be facing inspections.

Will the pickle thieves be revealed, and my favorite briny treats returned to their rightful place? Stay tuned to Deli Market News to find out.

We are here to make high quality, all-natural food and drink products for the retail, foodservice, non-alcoholic and adult beverage sectors.