Taking aim at the organic and natural soup market, the food giant picks up this West Coast company

Looking to expand its organic reach and diversify its already broad stable of brands, Campbell Soup Company has announced that it has entered into an agreement to acquire Pacific Foods of Tualatin, Oregon, for $700 million in cash. 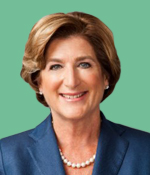 “This acquisition is consistent with our purpose, ‘real food that matters for life’s moments.’ Pacific is an authentic brand with a loyal consumer following,” noted Denise Morrison, Campbell’s President and Chief Executive Officer, in a press release. “The acquisition allows us to expand into faster-growing spaces such as organic and functional food.”

Founded in 1987, Pacific Foods is a leading producer of organic broth and soup and also produces shelf-stable plant-based beverages and other meals and sides. Pacific Foods, Campbell's noted in its press release, also has a sustained track record of growth, and generating approximately $218 million in trailing twelve month net sales as of May 31, 2017.

According to Campbell’s, the natural foods industry pioneer that has strong health, well-being, and organic credentials, particularly with younger consumers, and its products and approach are very closely aligned with Campbell’s real food philosophy. 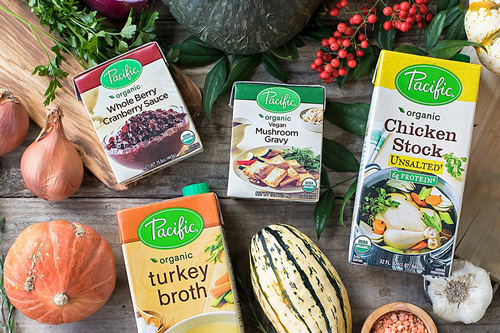 “Moreover, Pacific Foods is an excellent fit with Campbell—strategically, culturally, and philosophically,” Morrison continued. “It advances our strategic imperatives around real food, transparency, sustainability, and health and well-being. Culturally, Campbell and Pacific Foods share similar values and a commitment to a purpose-driven approach. Philosophically, both companies believe in making food that we are proud to serve at our own tables using simple, recognizable ingredients.”

With Pacific Foods, Campbell hopes to accelerate its efforts to deliver real food and beverages that meet consumers’ changing tastes and preferences. The acquisition will also further Campbell’s efforts to drive innovation in health and well-being to reinvent the center store, while giving the company more access to natural and organic customers and channels.

Conversely, Campbell hopes to bring its expertise and scale to Pacific Foods and invest in the business to drive full force growth. Campbell expects to expand distribution, boost marketing support for brand building to engage consumers and shoppers, and invest in R&D and the supply chain to deliver operations and customer service excellence. 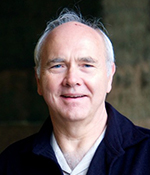 “We’ve spent the past 30 years focused on making nourishing foods with an emphasis on simple, organic ingredients and authentic, rich flavors,” noted Pacific Foods CEO and Co-Founder Chuck Eggert—who will stay on with the company as a supplier of key ingredients through his family farm. “Looking ahead, a future with Campbell means we can maintain what we value, while accelerating growth of the brand in a way that we couldn’t do alone, reaching more people while increasing our impact on sustainable agriculture.”

This is the fifth major acquisition the company has taken in as many years—most recently acquiring Garden Fresh Gourmet in 2015—as the company looks to diversify its portfolio in response to increased consumer interest in health and well-being.

For more on these and other dynamic companies in our industry, stay tuned to Deli Market News.