Some big financial news for ConAgra Foods has surfaced this week. The parent company of brands like Marie Calendar’s, Reddi-wip, and Banquet has revealed it will be selling its Spicetec Flavors & Seasonings business to Swiss manufacturer, Givaudan, for around $340 million. This comes on the heels of the announcement that Chief Financial Officer, John Gehring, will be retiring. 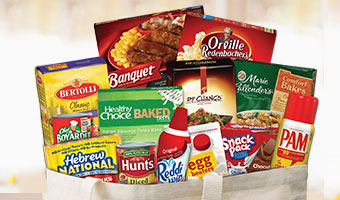 The latest in a series of strong moves by the company, since ConAgra added new CEO Sean Connolly last April, the company has announced the relocation of its corporate headquarters from Omaha to Chicago, the sale of its private-label business to TreeHouse Foods, and the spinning off of its Lamb Weston frozen potato business.

"Divesting Spicetec is the latest action we have taken that will allow ConAgra Foods to invest resources into our core product portfolio to drive sustainable growth," Connolly explained, according to the Chicago Tribune. "We truly appreciate the contributions of the Spicetec employees and look forward to having an ongoing relationship with them as a key supplier to ConAgra Foods.”

At the same time as this big financial news, the company’s Chief Financial Officer, John Gehring, has announced he will be leaving the company after 14 years of service. Gehring will remain in his current role until a successor has been named and will assist with an orderly transition, according to ConAgra, who has already initiated a search to fill his role.

“I am honored to have had the opportunity to serve as CFO during such an important period for ConAgra Foods,” said Gehring. “This has been the most professionally rewarding experience of my career and I am proud of all that we have accomplished together over the past 14 years. Looking ahead, I am confident that Sean and the rest of the talented leadership team have positioned the company to win over the long-term and create value for all stakeholders.”

Gehring joined the company in 2002, and assumed the role of Executive Vice President and Chief Financial Officer in early 2009. Before joining ConAgra Foods, John was a partner with Ernst & Young, and had held auditing positions with PepsiCo and KPMG.