Food industry redistributor Dot Foods is making some big changes to its top leadership, announcing a new CEO, a new President, and a new CFO. Joe Tracy will take over the role of CEO from his brother, John Tracy, while his brother Dick Tracy will assume the role of President. Anita Montgomery will now take over as the company’s CFO. John will remain full-time with Dot, serving as Executive Chairman.

“We spend a lot of time thinking about the future of our businesses and planning for its continued success,” said John in a press release. “Joe and Dick are the best people to take Dot forward. I know they will keep building upon the core values Mom and Dad instilled in us, and ensure Dot continues to provide the highest level of support and customer service to our business partners.”

Prior to his promotion to CEO, Joe Tracy served as Dot’s Chief Operating Officer and President for nearly a decade. Joe joined the business full-time in 1987, holding a variety of positions in sales, purchasing, distribution center management, warehouse, and transportation over his tenure. He became COO in 2007, adding President to his list of responsibilities in 2008.

“I am honored to take on this new role and look forward to supporting our team and continuing Dot’s history of successful growth,” said Joe upon his appointment.

Dick Tracy took over the COO role in 2015, having worked in the family business full-time since 1991. Prior to the operations responsibilities, he served as National Sales Manager, General Manager of Dot’s e-commerce subsidiary, Vice President of Customer Development, and Executive Vice President of the Foodservice Division.

“We are fortunate to have an incredible team at Dot, full of people who are all laser focused on serving our customers,” shared Dick. “Regardless of who works in what role in our business, this will continue to be our top priority.”

New Chief Financial Officer Anita Montgomery is stepping up to fill the position left by Bill Metzinger, who retired at the end of 2016 after 23 years of service as Dot’s CFO. Montgomery began her tenure with the Dot team in 2008 as Credit Manager, before being promoted to Director of Credit. For the past four years, she has led Dot’s inventory team as Vice President of Replenishment. Anita is a Certified Public Accountant, with prior experience at Corn Belt Bank & Trust Company.

“We have a tremendous amount of talent, experience and knowledge on Dot’s accounting team,” Anita said. “I look forward to getting to know our people and business on a deeper level in my new role as CFO.” 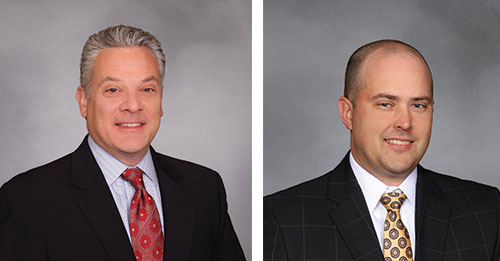 Grever will continue the responsibilities he held as Director of Corporate Accounts, managing Dot’s relationship with the company’s largest foodservice customers and working with foodservice buying groups to identify efficiencies and opportunities for growth. Prior to that, Grever was a Regional Sales Manager, Business Development Manager, and District Sales Manager at Dot. 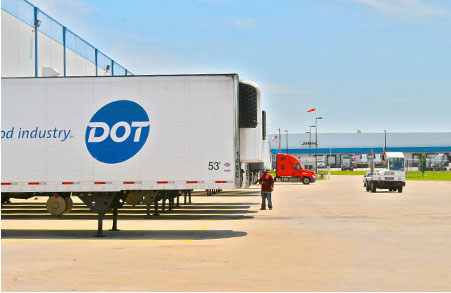 Langston came to the company in its acquisition of Principal Resource in 2000. He graduated from Dot’s District Sales Manager training program, overseeing the Louisiana/Mississippi territory before helping open the Ardmore, Oklahoma, distribution center as the Warehouse Manager. Langston then returned to Dot’s corporate headquarters in Mt. Sterling, Illinois, to serve as the Cooler Warehouse Manager and was promoted to General Manager of the Illinois Warehouse.

As the company enters its new phase of company leadership, keep up with Deli Market News for more.

The Fresh Market’s Wade Yenny Opens Up About Falloween and Seasonal...