Like Chicken Soup for the Soul, but vegetarian and modern, Gina Cucina makes soups that even the most health-conscious and morally-scrupulous consumers could get behind. I recently spoke with Gina Stryker, Founder and Recipe Artist, and Juan Carlos Duque, CEO, about the brand’s products and mission. 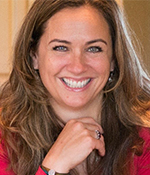 “One of the things that is unique and fun about us is that our product lines are based on the available produce of the season,” Gina began. “For spring, we have a Truffled Sweet Pea, Creamy Asparagus, a Spring Minestrone soup, and a Broccoli Basil soup; but then, come summer, we have a Watermelon Habanero Gazpacho and an Heirloom Tomato Gazpacho. In fall/winter season, we switch it up again and we go into some heavier soups: White Bean Chili and a Roasted Veggie chili. Year-round we have some flavors, which we think are good anytime: our Carrot Ginger with a hint of rosemary, Tomato Artichoke soup, and Moroccan Red Lentil stew” 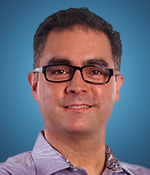 The company expanded into Whole Foods’ Rocky Mountain Region six months ago, Juan Carlos explained, but Whole Foods is not the only major retail chain carrying the start-up's products. “We expanded into Costco in Colorado shortly after entering Whole Foods,” Juan Carlos exclaimed, “and we’ve been in select Natural Grocers for two years.”

Currently the company features the following soups, which are packaged in 24 oz glass jars, in stores:

“It would’ve been a whole lot easier to do this in pouches, but our retail customers—Whole Foods and Costco certainly—love the glass, and consumers love the way the product looks,” Juan Carlos explained. “We’re not a shelf-stable product, we are a refrigerated product; shelf-life is mostly six-months, a few soups three-months, and that’s entirely through control of pH—not through any additives, preservatives or emulsifiers, nothing.” 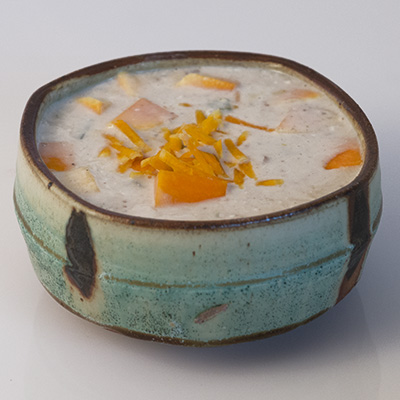 “Our labels are as clean as they come,” Juan Carlos added. “In the refrigerated aisle, the glass makes the color of our products stand out. Our soups have very vibrant colors, because they are made from REAL FOOD—the glass is a very important component of our branding because it allows us to communicate that we have nothing to hide.”

Gina Cucina also carries gazpachos, like Watermelon Habanero, Palisade Peach Habanero, and Heirloom Tomato. All soups are vegetarian, and many are vegan; ingredients are U.S.-sourced, which helps Gina Cucina to adhere to the seasonal restrictions and standards it has set for itself. The soups use organic products almost exclusively (USDA Organic in most circumstances), non-GMO, gluten-free, and preservative-free.

As the company expands into the foodservice industry and moves beyond soups, it remains conscious of its mission-based philosophy centered around the preservation of human rights. 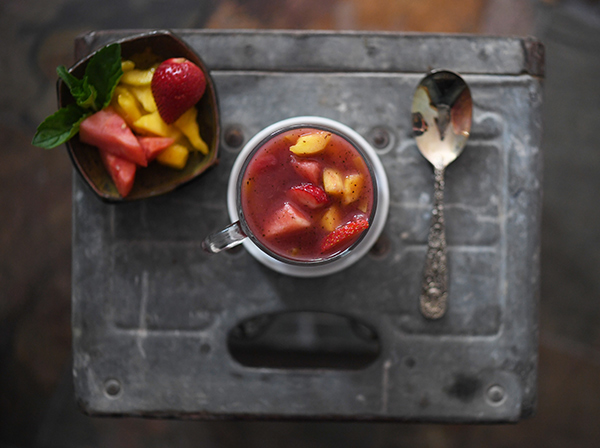 “We’re not just a soup company,” Gina emphasized. “We support causes that combat human trafficking. We won the FedEx Small Business Award in 2016 and with that I was invited to sit on their Entrepreneur Advisory Board,” said Gina. “I fly back to Memphis four times a year to sit down with all the other members of the board & the Fedex Team, we talk about what FedEx needs to do to change with the growing market and with the advent of the Amazons of the world. At one of our first meetings last July, I said: ‘FedEx is a trucking company, and you need to certify each and every one of your drivers in how to spot human trafficking, because it is a 150 billion dollar a year industry worldwide, and there are 21 million women and children enslaved today, as we speak.’ The last week of January, FedEx announced that it has partnered with Truckers against Trafficking to train drivers on how to spot human trafficking. They did it, and I couldn't be more thrilled. Who's next?”

To follow Gina Cucina’s meteoric rise in both sustainable soups and fighting human trafficking—stay with us at Deli Market News.