Italian foods are a big business and, as it turns out, have an equally large illegal counterpart vying for a cut.

The olive oil labeling fraud we previously reported has been linked to the “Agromafia,” an organized crime network that have turned false copying of fine olive oil, wine, and cheese in the country into a business bringing in about $16 billion a year.

A scandal that not only dips into the Italian food industry’s profits but its pride, the country has an expert arm of officials that is so highly trained and respected that taste and smell evaluations from its experts are considered viable evidence in Italian court. 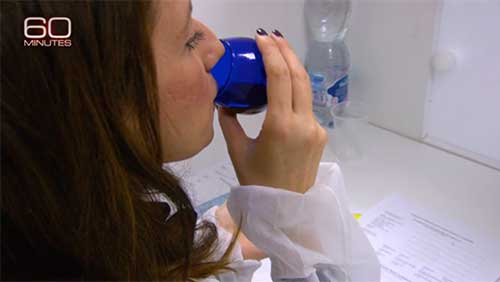 “We can call ourselves the FBI of food,” Major Sergio Tirro, considered one of the top investigators of food fraud in Europe, told World News Report’s Bill Whitaker.

According to the report, the organization has seized around 59,000 tons of food in the last two years.

The food-focused organized crime circuit has been a suspect for the most recent heist in which it was discovered that more than 235 thousand tons of olive oil labeled and claimed as 100% from and made in Italy was, in fact, from a number of other countries including Syria, Turkey, Morocco and Tunisia, robbing Italian-based makers of tens of millions of Euros.

Italy is one of the largest exporters and producers of olive oil in the world, making up a significant portion of the olive oil imported and served in the U.S.

Officials hope that this latest seizure will prove pivotal in the ongoing case. Stay tuned as we continue to report any updates from the investigation.