"It's changed. But it hasn't," the food giant says about its more natural recipe

Have you have you eaten any Kraft Macaroni and Cheese lately? How did it taste? If you said, “exactly the same,” you’re just one of the millions of consumers who didn’t even notice that the massive food company remixed the recipe of one of its most popular products.

When parent company Kraft Heinz announced it planned to remove preservatives and food dyes from the sacred recipe, there was audible consumer backlash. Instead of launching a big, natural-focused campaign like some its competitors have, the newly merged company quietly switched the recipe in December without even so much as mentioning it on the box front. 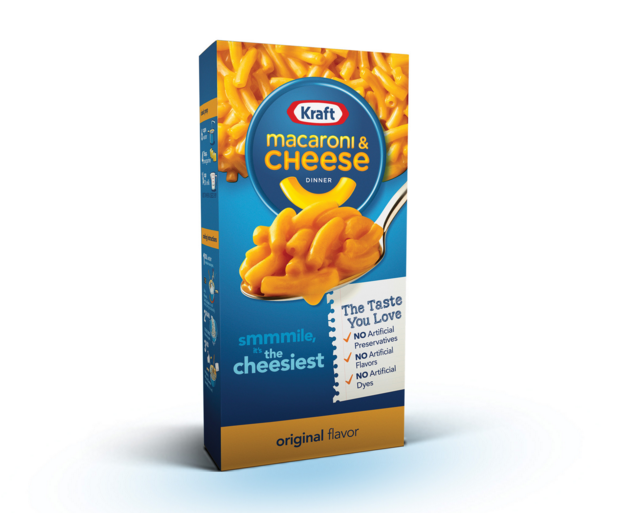 In what the company is calling “the world’s largest blind taste test,” since the change, it has sold more than 50 million boxes.

“As we considered changing the ingredients of our classic Blue Box, we did so knowing we had to maintain our iconic look, taste and texture,” says Greg Guidotti, Vice President of Meals at Kraft Heinz. “We’d invite Americans to try our new recipe, but they most likely already have.” 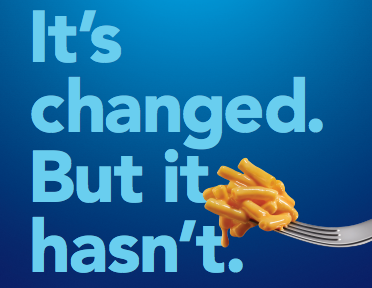 According to a press release, Kraft replaced artificial dyes (yellow 5 and 6) with paprika, annatto, and turmeric to maintain its signature color, and removed any artificial flavors or preservatives for the new recipe.

You can watch the new ad, featuring former Daily Show and Late, Late Show Host Craig Kilborn in the video above.