Spanish explorer Bartolomé de las Casas once remarked of the indigenous people of Mexico "Sin chile, no creen que estan comiendo!" And, as a spicy food enthusiast, I sympathize; without chiles, it’s practically not food. A staple since pre-colonial times, chiles are a food with a unique and storied culinary history. And with the new Don Chilio™ line of spicy and crunchy chile-based condiments, Kreativa Gourmet is carrying that tradition into the North American market. 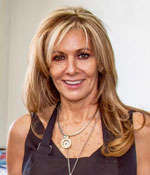 “The chiles are dried and cooked in olive oil in such a way that it preserves the chiles and the olive oil, and the chiles come out crispy. They’re then jarred with spices,” company Co-Founder Ana Cecilia Berens tells me. “Our product is a food enhancer—for both people who love spiciness and others. You can add it to chicken, to meats, fruit, salad, eggs; they’re wonderful with cheeses, on crackers—whatever you can think of.” 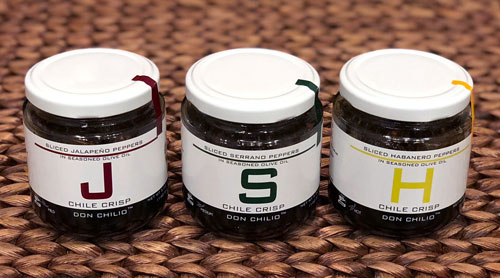 Diego, Ana Cecilia’s oldest son, started the concept and was quickly joined by his brother, Mauricio, in developing the product and starting the business just last year. Together, they have already entered 60 stores in Mexico City and growing rapidly. 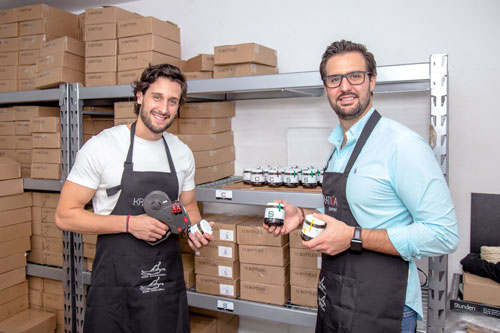 “We were raised around food. My father loved to eat well, to go to restaurants, and as a grandfather, he taught our food culture to my children—a love of food and of gathering as a family around food,” Ana Cecilia explains. “It’s not only about eating; it’s about family and friends gathering.”

Don Chilio products, Ana Cecilia tells me, are as perfect for enhancing a celebratory spread as they are for a simple snack.

We believe that reinventing traditional flavours does not break the essence of a culinary culture. Our goal is to revolutionise palates with textures, tastes and irreplaceable sensations.