Joining an all-star line-up, the foundation chooses the godmother of Indian cuisine to speak at this year's event

The eighth annual Good Food Awards is fast approaching, and a star-studded lineup of keynote speakers has been announced—including the “godmother of Indian cuisine in the U.S.” 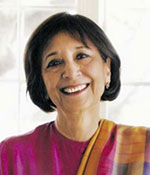 Madhur Jaffrey will join luminaries like Alice Waters and Nell Newman on Friday January 19th at the Herbst Theater in the San Francisco War Memorial and Performing Arts Center—in an event set to kick off a weekend aimed at celebrating food crafters, grocers, chefs, food writers, activists, and passionate food-lovers.

The organization also noted that Good Food Award winners are selected for both gastronomic excellence and a deep commitment to sustainable social and environmental practices.

Winners will be joined by the Blind Tasting judges—including authorities such as Peggy Smith and Alice Medrich, industry influencers, and food enthusiasts at an Oscars-style gala to celebrate the hard-working people behind a flourishing food culture. Following the awards ceremony, guests will be able to taste the winning products at an after party co-hosted by AirBnB and Bi-Rite Market. 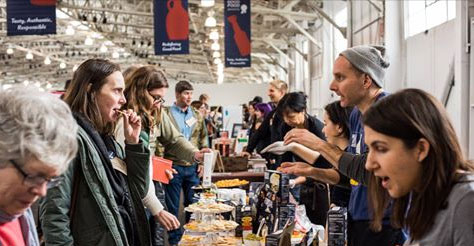 The following Sunday, January 21, 2018 Good Food Award winners will showcase their winning products at the Good Food Awards Marketplace held in conjunction with the Fort Mason Farmer’s Market. With an early access pass, guests will be able to attend the market an hour before its official opening, meet the producers in an intimate setting, and sample products before the crowds.