The numbers are in, find out what happens when two high-demand trends are combined into one flavor

What happens when you combine two flavor trends into one tasty item? For Litehouse Foods, this was last year’s bacon-inspired line of dressings, Bacon Vinaigrette, Bacon Blue Cheese, and Avocado Ranch with Bacon.

As we reported initially, the product line garnered instant interest from retailers including Publix, Walmart, and Kroger just weeks after its release.

Now, coming up on its one year anniversary, Avocado Ranch with Bacon has surpassed the $1 million milestone. 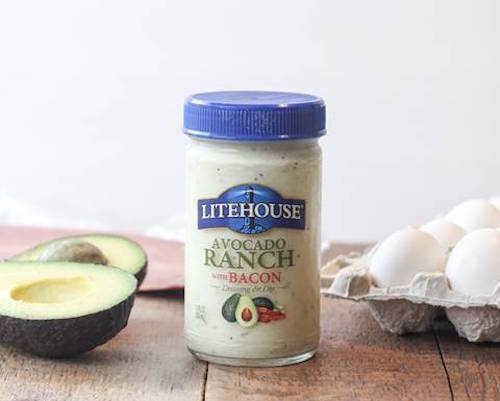 This is the latest achievement for the item’s debut year, having also been chosen as the most preferred avocado dressing in a blind taste test Litehouse administered to consumers, as well as being in line with key consumer demands.

“There was a lot of internal excitement around the innovation process for Avocado Ranch with Bacon dressing, which was inspired by consumers’ love for bacon and developed with flavor in mind, and we’re thrilled that it has received such a positive response from consumers and retailers in a short amount of time," Camille Balfanz, Brand Manager at Litehouse, shared. "Research shows that avocado is a trending flavor profile, so we paired that with real bacon and our delicious ranch dressing to develop a product that delivers what consumers want, in a non-duplicative way, which is what we strive for at Litehouse.”

The company stated that the dressing is in line with its mission to meet consumer demands for authenticity in tastes and flavors. One way it was described by a consumer was that, “the meatiness of the bacon flavor gives this dressing that backbone that it needs.”

Litehouse Foods’ Avocado Ranch with Bacon dressing currently has an ACV of 33.9 percent, according to the company.

As we continue to track all trending products in the industry, keep checking in with Deli Market News.