Following an analysis of customer needs and business operations, TreeHouse Foods, Inc. has announced that it plans to close two of its manufacturing plants. The closing facilities are located in Azusa, CA, and Ripon, WI.

Both facilities were part of the company’s acquisition of ConAgra Foods private brand business in February of this year. TreeHouse stated that the decision came with intents to cutback excess manufacturing capacities in efforts to align future and current consumer needs, according to a recent press release. 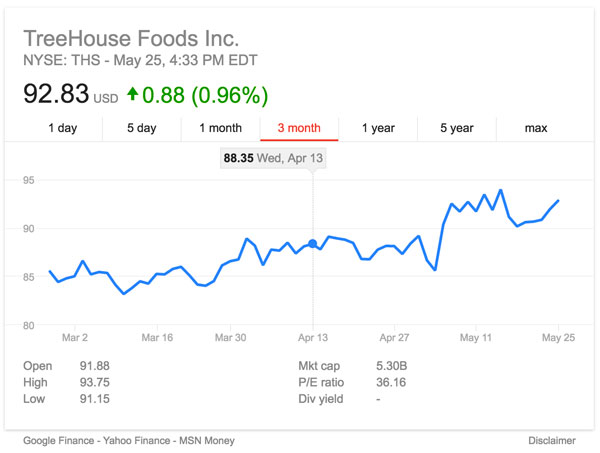 The Azusa, CA, currently employs roughly 660 people, and primarily produces bars and snack products for retail customers. Products from the plant will be moved to other manufacturing facilities within the TreeHouse network. The plant is slated to close in the second quarter of 2017, the company does not expect supply disruptions during the transition.

The Ripon, WI, facility employs approximately 60 people, and primarily produces private label sugar wafer cookies for grocery retailers. Treehouse has decided to discontinue to product after researching the declining demand and various options for the product. Full closure is expected to occur in the fourth quarter of 2016.