What's the next hurdle up against this over $10 billion sale?

One more hurdle has been cleared for French company Danone’s $10.4 billion purchase of WhiteWave Foods. The company’s shareholders have approved the proposed merger agreement, allowing the parent company of dairy and water giant Dannon to absorb WhiteWave.

“Today’s vote brings us one step closer to combining two strong, values-based, purpose-driven companies. We are grateful for the continued enthusiasm and support of the transaction by our stockholders,” said Gregg Engles, WhiteWave’s Chairman and Chief Executive Officer. “Danone is the ideal strategic partner to support our future and we remain excited about the opportunities this combination will create for WhiteWave’s employees, customers, vendors, and partners.”

The deal, first announced in July, will see WhiteWave receiving $56.25 in cash per share of the company. Not everyone has been so thrilled about the proposed plans, however. According to the Denver Business Journal, watchdog groups such as the Conucopia Institute have argued that a merger would be too limiting to competition in the dairy market. 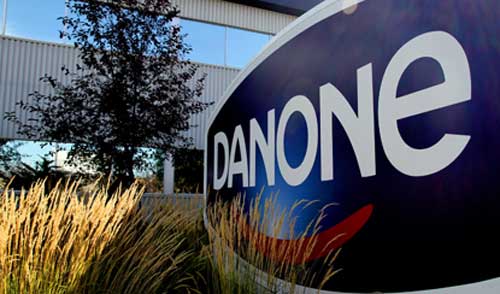 In the end, approval was given by holders of approximately 99 percent of shares present and voted at last week’s meeting, representing approximately 78 percent of WhiteWave’s total outstanding shares.

But there are still more barriers to break through before the deal is sealed. The closing of the merger remains subject to the satisfaction of customary conditions, including the expiration or termination of all applicable waiting periods under the Hart-Scott-Rodino Antitrust Improvements Act (“HSR”) and approval of the merger by the European Commission pursuant to the EU Merger Regulation. WhiteWave says it and Danone have been working with the European Commission and DOJ and continue to target closing the transaction by the end of 2016.

Changing the way the world eats for the better.