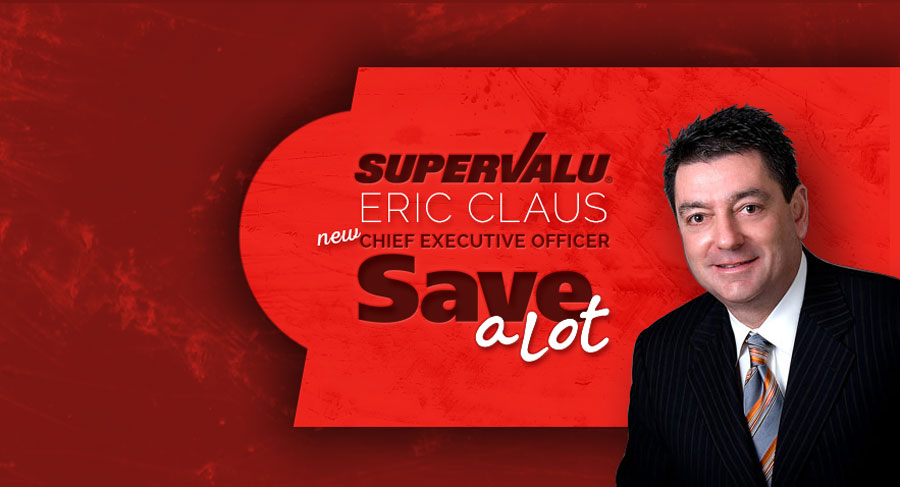 amid rumors the company may separate or sell the business

Amid rumors that SuperValu will be spinning-off or selling its Save-A-Lot business, the company has named retail veteran Eric Claus as the division’s new CEO. Claus is expected to begin his role with Save-A-Lot on or before January 4, 2016.

Claus has spent more than 30 years in the retail industry, making waves in both the United States and Canada and gaining experience in hard discount and grocery retail alike. Claus has spend the past two-plus years as the Chairman, President, and Chief Executive Officer of Canadian value retailer, Red Apple Stores Inc, where he was integral in restructuring and transforming the chain.

“I’m very pleased that Eric is joining our SuperValu team to serve as CEO of Save-A-Lot,” said SuperValu President and Chief Executive Officer Sam Duncan. “He has a great background in food retailing, and is a smart and charismatic leader. His strengths in and experience with the hard discount format as well as his history leading retail companies will be important as we look to finish our fiscal year strong and as we continue to position Save-A-Lot for the future.”

Prior to his role with Red Apple Stores, he has served as CEO for Co-Op Atlantic, President and CEO at of A&P’s Canadian division and U.S. operations, and as an advisor to private equity firms in the retail and consumable goods industry.

“Eric brings tremendous experience to Save-A-Lot,” added Jerry Storch, the Company’s Non-Executive Chairman of the Board. “SuperValu Board of Directors is looking forward to Eric adding his strategic and long-term planning capabilities to the Company and working together on our continued exploration of a potential separation of Save-A-Lot.”

Along with this announcement, SuperValu revealed in a press release that in coordination with Claus’ appointment, Ritchie Casteel will serve as President of Save-A-Lot, continuing to oversee day-to-day store operations while working closely with Claus on Save-A-Lot’s market development, store growth plans, and preparation for the possible spin-off of Save-A-Lot.

“I’m also very grateful and appreciative for all the work and positive results that Ritchie has delivered in his leadership role at Save-A-Lot,” Duncan continued. “He is a tremendous leader and operator and it reflects in the performance we’ve experienced in our corporate stores and in the confidence he’s helped restore with our licensees.”

SuperValu has been exploring a separation of its Save-A-Lot business, and has already begun preparations to allow for a possible spin-off of Save-A-Lot into a stand-alone public company. However, there have also been rumors that the company may sell off Save-A-Lot in its entirety. In the press release issued this morning, SuperValu says that this announcement has not affected its preparations to separate Save-A-Lot, “although at this time there can be no assurances that a separation or spin-off of Save-A-Lot will occur, or that any other changes in the company’s overall operations will happen.”

For more on SuperValu’s plans as they’re announced, stay tuned to DeliMarket News.