Bolstering its engineering, technical, and control systems prowess with these additions to company growth

As the company continues its ramp of recent growth, Multivac, Inc. has announced two new hirings and one promotion to its U.S. team. The company stated that these recent appointments were made with focus on customer service demands, and Multivac’s continued plans for company-wide growth.

Multivac has promoted Jason Pair from Field Service Technician to Control Systems Specialist. Pair began his work at the company in 2012 working with Northeast region customers, and has an extensive background in electronics from serving in the Marine Corps as an aviation electronic technician, and later as a conductor for Union Pacific Railroad.

“Jason has a very strong background in engineering and proven track record of efficient and effective machine operation and maintenance. He has shown he is more than capable to assist Field Service Technicians with the more advanced machines that customers are requiring,” said Kevin Oberly, Control Systems Engineering Manager, in a recent press release. “His strong knowledge of MULTIVAC equipment during his tenure as a Field Service Technician will be critical to the department as we service more customers with programming needs.” 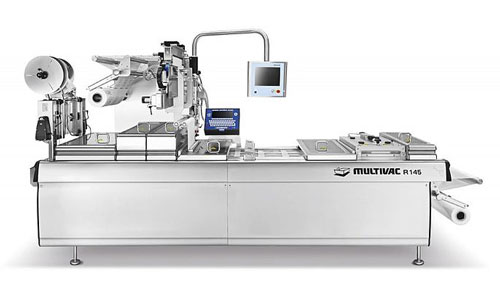 Pair’s new position will focus on the following roles:

Multivac has hired Isaac Pitts to the position of Controls Systems Engineer II, bringing with him a wealth of engineering knowledge. Pitts has a Bachelor of Science degree in Computer Information Systems from Phoenix University, and an Associate’s Degree in Electrical Engineering from Edison Community College.

“Isaac will make a great addition to the Multivac team. He has a strong background in the control systems engineering field and we look for him to make an immediate impact within this organization. He brings experience with varied control systems software and will be an asset as we continue to provide programming solutions for our customers,” continued Oberly of this new hire.

Multivac has also hired Mike Frost as its newest Field Service Technician, in a recent increase to the number of associates in this position. The company stated by January 1, 2017, the company plans to have 60+ employees in this position to maintain and repair thermoformers and traysealers throughout the nation.

“We are excited to have Mike join our team as we continue to grow our business and service offerings to our customers,” stated Jerry Burks, Regional Service Manager – Southeast. “Mike brings over 20 years of experience in mechanical and electrical knowledge that will allow him to become an immediate asset for MULTIVAC and for our customers.”

Previously, Frost owned Frost Process Equipment Technical Resources, where he worked with customers on technical issues in regards to semiconductor equipment. Frost also has experience as an Installation Engineer for Direct Source Surplus, and as a Key Account Service Manager and a Senior Field Service Engineer for Veeco Instruments.

The company also stated that in addition to these hiring announcements and recent office openings in CA and NJ, with another planned in NC, Multivac is currently renovating its U.S. headquarters in Kansas City to include a 32,000-sq.-ft. addition.

MULTIVAC is the leading manufacturer of packaging solutions and has more than 4,700 employees in more than 70 subsidiaries worldwide.