Will their White House petition get the U.S. government to “whey” in?

Tillamook is taking a staunch stand against American cheese this coming Independence Day, and the company has enlisted the help of former presidents and Betsy Ross to take the message home.

In one video clip, the “Un-American Cheese” campaign depicts Abraham Lincoln equipped with a sword speared with cheese, riding atop a grizzly bear, arguing that processed cheese is undeserving of being called “American.” Yes, you read that right. Check out the clip above.

Our flag stands for freedom. Freedom to declare your independence from processed “American Cheese” and melt real cheddar slices over your crispy sausages. Save $1 on Tillamook Cheddar at bit.ly/UnAmerican  #DairyDoneRight

You can sign the White House petition by clicking here. As of the time of this writing, the petition currently sits at 2,795 signatures. 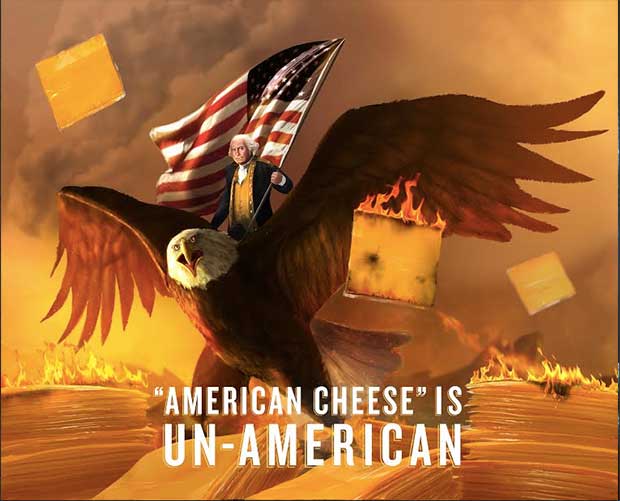 “Something that’s called American should be real and natural,” said John Russell, Tillamook’s Senior Director of Marketing. “We want to get people to start thinking more about their dairy choices and join Tillamook in the fight for authentic, real food.” 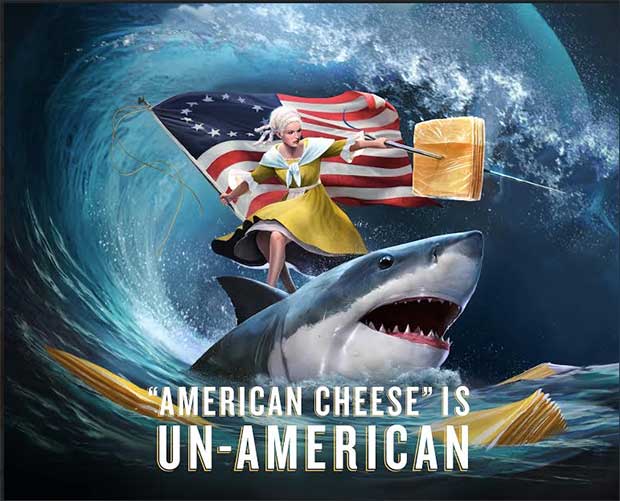 The campaign, conceived by 72andSunny is an extension of the “Dairy Done Right” campaign. Other digital “Un-American Cheese” art includes a shot of George Washington on a flying bald eagle surrounded by fire. Another image depicts Betsy Ross surfing on a great white shark, lancing American cheese slices while clutching the American flag.