What is next for the protein provider's senior leadership team as Sally Grimes readies to depart?

Tyson Foods has announced that it is parting ways with Sally Grimes; the company’s Group President, Prepared Foods has provided notice of her intent to leave the company, Tyson Foods noted in a U.S. Securities and Exchange Commission (SEC) filing.

“Ms. Grimes will continue to serve in her role as Group President, Prepared Foods of the Company until such time as her successor is named and will continue to be employed by the company through an appropriate transition period,” Tyson Foods noted in its filing.

The filing also noted that it has entered into a “separation and release agreement” with Grimes. Pursuant to that agreement, Grimes will continue to receive her annual base salary of $850,000 for 24 months following separation, and she will also be eligible for other benefits including performance incentives and vesting schedules for restricted stock and options. 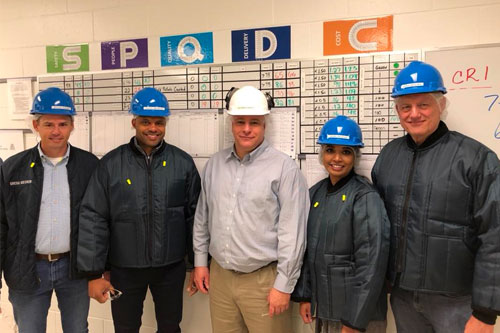 Prepared foods accounts for nearly a fourth of Tyson Foods’ $40 billion business worldwide, according to the company. In her role as Group President, Grimes oversees “almost half of Tyson Foods’ production facilities, more than 20,000 team members, as well as the company's rapid growth, innovation, insights, R&D, culinary, and foodservice teams.”

According to the company, throughout her career, Grimes “has introduced new brands while spearheading the growth of dozens of iconic brands, from Kraft Macaroni & Cheese to Sharpie.”

Grimes spent more than a decade at Kraft Foods prior to joining Tyson Foods. Grimes first came to Tyson Foods with the 2014 acquisition of The Hillshire Brands Company, where she served as Chief Innovation Officer and President of the Gourmet Food Group.

How will Grimes’ departure affect Tyson Foods? And who will succeed Grimes in spearheading the nearly $10 billion-a-year business unit? Deli Market News will continue to report.