Earlier this year, Beyond Meat® announced it would be launching a plant-based take on beef, suitably dubbed Beyond Beef®, with no details on when or where. But this week appears to be the week Beyond Fans® can rush to the grocery store with the beefless beef product at the top of their grocery lists, as it appears Beyond Beef is finally available at retail.

On Instagram and Twitter, Beyond Meat announced that an El Segundo, California, Whole Foods Market will be the “first grocery store to offer #BeyondBeef,” with “news about the larger nationwide expansion” coming soon. 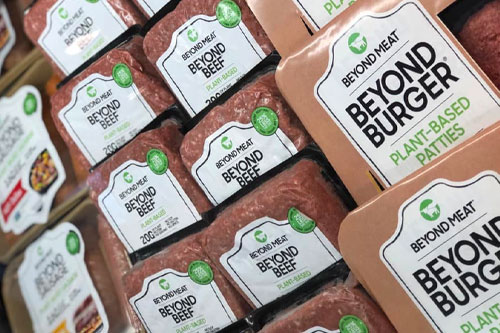 In the initial press release announcing the new product, the plant-based provider noted that Beyond Beef has a similar meaty taste, juicy texture, and versatility to actual ground beef, but with added benefits, like:

Where will Beyond Beef debut next? And is foodservice on that list? Deli Market News will continue to report on the booming meatless meat category, so stay tuned!