On top of a a new flavor lineup, the company gears up for its debut in one of the leading retailers of this booming market

Big Fork Brands has revealed three new flavors of bacon sausage, which will be sold in 60 Jewel-Osco grocery stores in Chicago and surrounding suburbs.

“Our sausages are made in Chicago, naturally encased, made with Berkshire pork, and naturally smoked using a combination of hickory and applewood hardwoods,” said in a press release. “Keto and Paleo friendly, we stuff as much bacon into every encased meat that we make. It’s our belief that using simple and clean ingredients like sea salt and brown sugar make the best tasting sausage and uncured bacon makes it even better.” 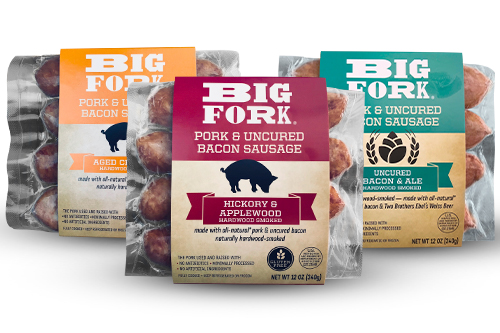 The three new flavors are: