Great food deserves to be recognized, and Brooklyn Cured is certainly one supplier in the limelight. The company recently won a national charcuterie award from the Good Food Foundation for its Pork Salami with Mezcal and Lime, which is a signature recipe in its line of Cocktail-Inspired Salami. This is Brooklyn Cured’s fourth consecutive year winning a Good Food Award for its products. 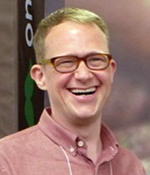 “Our mission is to create a larger market for pasture-raised meat from farmers that practice regenerative agriculture,” said Founder Scott Bridi. “It’s an honor to be recognized by the Good Food Foundation because they value sustainable sourcing, fair wages, and culinary excellence, which is what we are all about.”

A press release noted that the flavor profile of the Mezcal Lime Salami compliments the heritage pork used to make it, featuring smoke, lime, coriander, and garlic.

“Mezcal is like tequila’s smoky cousin. Its smoke and depth makes for a truly unique and delicious salami,” Bridi said. 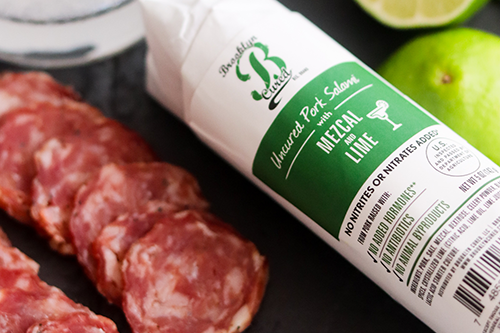 Brooklyn Cured’s line of Cocktail-Inspired Salami is shelf-stable and differentiated from classic salami flavors, making the items a great addition to any specialty set. The flavors include:

Brooklyn Cured also offers merchandising tools for the line including branded display crates and product information cards that include photos, descriptions, and recommended pairings for each salami.

Congratulations to Brooklyn Cured on nabbing this distinguished award!

At Brooklyn Cured, we make sausages, hot dogs, bacon, ham, pastrami, and salumi using meat that's made with no antibiotics or nitrates and is pasture-raised and grass-fed.