New products, retail partnerships, and a cutting-edge facility come to a head as the baking supplier expands its brand

I am a devout dessert lover, and it's always exciting to discover sweets in new specialty formats. I was stopped in my tracks by Ethel’s Baking Co.’s handmade dessert bars, and your consumers will be as well. The company recently announced several aggressive expansion efforts as the gluten free bars are now available for grocery retail nationwide in new single-serve packages and multi-bar packs, with a new and improved brand look and feel to boot. 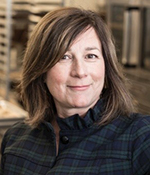 “I created Ethel’s Baking Co. to spread my Grandma Ethel’s passion for showing love through food. I wanted to do that in a way that would have a real ‘wow factor’ for everyone, both gluten-free and gluten-full eaters alike,” said Jill Bommarito, CEO and Founder. “I built Ethel’s around family from the ground up, and we continue to stay true to that, with my daughter Lily working by my side.”

In addition to the brand redesign and expansion of product offerings and distribution, this fall, Ethel’s is opening a new 19,000-square-foot production facility. According to a press release, this facility makes it possible to catch up to demand and expand the company’s distribution while also offering capabilities for new innovations to come. The new facility will create efficiencies, significantly increase production capacity, and open the door to 50 new employees. 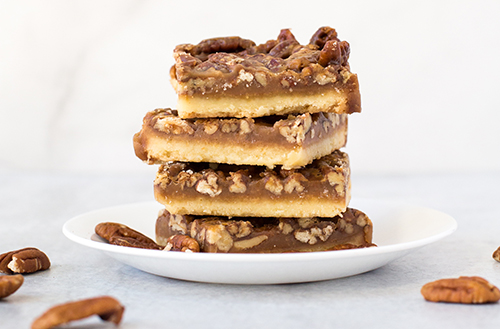 Ethel’s is the namesake of Bommarito’s grandmother, Ethel St. John, who taught her to bake the old-fashioned way when she was a child. Bommarito herself is gluten free and has several family members who suffer from celiac disease, meaning these products are close to home in more ways than one. Ethel’s dessert bars are made with local, sustainably sourced ingredients, including hormone-free butter and cage-free eggs, using old-fashioned mixers. Each layer of every bar is baked separately to ensure perfect texture and taste.

Some of the earlier retailers that carried Ethel’s bars for years include Plum Market, Whole Foods, Kroger, Bristol Farms, Fresh Thyme, and Market of Choice. The brand has expanded distribution across Lipari, KeHE, Tony’s, and UNFI. Due to its success in Whole Foods Midwest and Canadian regions, the brand was expanded into all Northern California, Mid Atlantic, and now Southern Pacific Whole Foods stores. After selling into some Meijer test stores, Ethel’s dessert bars were expanded into all Meijer locations this past summer.

Stay tuned as Deli Market News waits to see how these exciting expansions play out.