Health and body awareness is more top of mind now than ever as consumers look to arm themselves against the world’s unknowns. In synch with this is the latest introduction by Goldthread Plant Based Tonics. The company announced it is expanding its health-enhancing line with the adaptogen-focused Berry Power tonic. 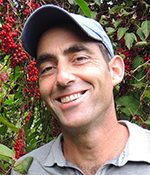 “Especially in times like these where people are increasingly dealing with higher amounts of stress, Berry Power, and adaptogens in general, are essential to add to your daily routine or lifestyle,” said William Siff, Founder.

The company boasts its newest addition as a highly functional and refreshing tonic that improves adaptation to stress, improves recovery and resilience, and increases energy and endurance. Berry Power is named for its primary ingredient—Schisandra Berry—which gives the tonic its color and tangy taste. 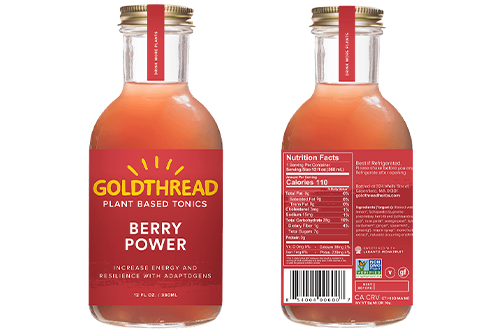 “The Schisandra Berry is also called the ‘five-flavor berry’ in Asia where it originated, because it contains all of the five primary tastes that the body requires in order to be healthy,” Siff said. “It's one of Asian medicine’s most well-known, loved, and revered adaptogens for enhancing overall health.”

Not all Schisandra berries on the market today are created equal, according to a press release. Siff is a leading expert in his field and has a passion for identifying and sourcing the most potent plants from pristine places around the world.

In addition to the Schicandra, Berry Power is formulated with a range of other adaptogens including Korean Ginseng, Goji berries, and Tulsi, as well as “super herbs and spices” to enhance both the flavor and efficacy of the blend.

As this and other companies continue to expand our industry’s reach, Deli Market News will bring you the latest.