Heura to Reduce 12.85 Tons of Plastic With New Packaging

As sustainability remains at the forefront of consumers’ minds, more companies are joining the movement to bring more earth-friendly products to retail shelves. One such company is plant-based meat provider Heura, recently launching a new packaging format that reduces the use of plastic by 80 percent and honors its Mediterranean roots.

Heura believes that the future of food must have its pillars in one of the most famous gastronomic cultures in the world, the Mediterranean. According to the press release, Heura’s range of products stands out for its nutritional and gastronomic quality in the market. The company has created a packaging that stands out for its design, the elimination of plastic, and its usability in the microwave. 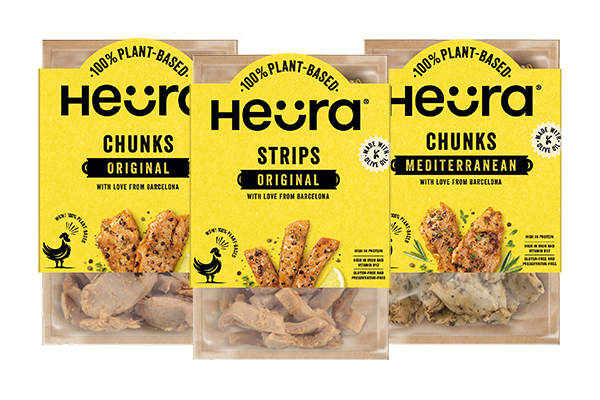 While the plant-based range is usually associated with colors such as green for the connotations of 100 percent vegetable and sustainability, or brown as a successor to the butcher’s shop, Heura bets on the color yellow in its new packaging as a tribute to its culinary heritage and recreating the sunsets over the sea, as stated in the release.

In addition to the distinctive color, which reinforces the optimistic character of the brand, the packaging recalls the typical tables of the Mediterranean diet with elements such as olive oil, tomato, and rosemary. The marble background ratifies this message that wants to appeal to all the great attributes of what is considered one of the healthiest diets in the world.

With ingenuity and innovation as the main tools in the industry’s hands, what can we expect next? Deli Market News will report when we find out.

We bet on food that makes you salivate, is easy to cook, and is sustainable and nutritious. This is Heura®, a revolutionary ingredient based on vegetable protein.