Hoping for a right swipe, the company launches a new mobile app to navigate the world's portfolio of cheeses…

Does anyone else ever feel bogged down by the fact that there are too many existing cheeses to eat and not enough time to eat them? With the help of LeCheese, a new mobile app hitting the market now, anyone and everyone—consumers, retailers, and foodservice providers—looking to make a large dent in their “Cheeses To Eat” list can and will thanks to LeCheese's database of over 1,800 cheeses from around the world. 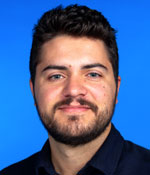 "Our mission is to catalog all the cheeses that exist in the world. This is something that has never been done before, but I am sure that together it is possible," said Zeno Rocha, Founder of LeCheese.

According to a press release, the goal of the LeCheese app is to catalog as much information as possible about a wide variety of cheeses. In addition to providing details on the history, origin, and flavor of each cheese in the database, the app is also interactive, allowing users to rate the cheeses they’ve already tried and create wish lists of items they’ve yet to try. The app also offers users the ability to search and see recommendations from other users, because sometimes it’s a good idea to go with the herd! 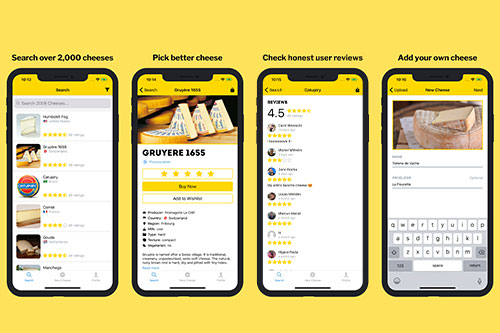 The app came into existence following the Rocha family’s desire to try and learn about as many cheeses as possible. Specifically, Zeno Rocha, according to a press release, has appreciated cheeses since his childhood, during which his grandfather brought cheeses home from the countryside of Brazil. Fast forward to adulthood, and Rocha and his wife found themselves curious at a local cheese shop near their home in Los Angeles, California. The two wanted to try out new flavors, but weren’t sure which to try first—which ultimately led to the creation of LeCheese.

LeCheese is available for free on the App Store and Google Play Store. Check out the company’s Instagram profile, as well, for cheesy tips and dairy fun!

For more innovations like this hitting our industry, keep checking back with Deli Market News.

Discover the region, taste, and history from more than 2,000 different cheeses. Keep track of what you’ve tried, rate different cheeses, or add them to your wish list. Join a community of food...