How is the craft hummus maker set to grow the category with a new look that celebrates the essence of its production process?

Hummus has been experiencing a renaissance of late, that much is certain, but has the category even hit its stride? Disruptive young companies like Ithaca Craft Hummus are betting that, while consumers are rapidly developing a taste for the chickpea-based blends, they’ve yet to have found their favorites. And with a clean label, extended shelf life, and cold-pressed process that ensures the freshest, most flavorful product possible, Ithaca Craft Hummus has a compelling argument that its hummus might be the one. 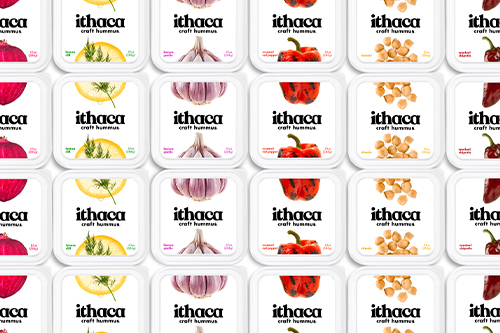 This year, attendees at Expo West were treated to new packaging and new branding that rechristened “Ithaca Cold Crafted” as “Ithaca Craft Hummus,” so I reached out to Chris Kirby, Founder and President, to learn more about the company’s roots, its reworked brand, and the attributes that make Ithaca’s products a cut above. 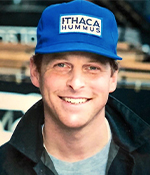 “We launched at the Ithaca Farmers Market while I was a student at Cornell in Ithaca. I’m a chef by trade but ended up going back to school after years of working in restaurants. I love food, but the restaurant business just wasn’t for me. Building a food brand that stands for quality by doing things the right way, even if it’s the hard way, is more my style,” Chris told me. “So when I moved to Ithaca, I surveyed the market to find an opportunity to launch a fresh-made local product. No one was making hummus locally, so I rented a tiny kitchen, got a booth at the farmers market, and I was off to the races.”

Armed with only culinary expertise, Chris and the incipient Ithaca Cold Crafted brand soon found favor through word of mouth—and that word of mouth quickly spread to the people at one of the Northeast’s most prominent retailers.

“After about six months at the farmers market, the chef from Ithaca’s Wegmans store ended up at our booth,” Chris explained. “He said, ‘hey, I’ve heard about this, and I have customers telling me about how great it tastes and how fresh it is, so I thought I would come by and see if you were interested in stocking your product at our Ithaca location.’ So that one Wegmans store is really where we launched in retail. And after about four weeks we were selling over a thousand units of hummus—in the one flavor that we offered at the time—every week. Our velocity was absolutely off the chart. Today, we’re in about 3,000 stores.” 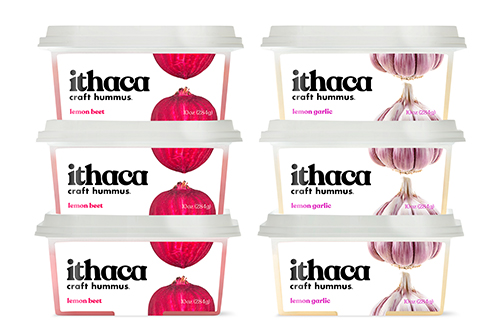 Chris and the Ithaca Craft Hummus team would continue to develop their core group of products. Soon, the formerly seven-day-long shelf life was extended to 100 days. The company introduced striking branding and packaging that both appealed to the eye and merchandized expertly. And with the brand’s latest move—the introduction of the Ithaca Craft Hummus brand—the company hopes to continue its momentum, codify its values into an even more salient identity, and connect with consumers on the basis of both product and ethos.

“As a chef, it was natural for me to focus our messaging simply on the features and benefits of the product when I was getting started. Plus, when you use expensive ingredients like cold-pressed lemon juice and fresh raw garlic, you want to make sure you get credit for it with consumers.” Chris explained. “And so, with our current packaging—under the Ithaca Cold Crafted label—that was really the goal, to put front and center that this hummus tastes fresh, and secondarily, to describe our unique process as ‘Cold Crafted,’ which is really a combination of cold-pressed ingredients, cold processing, and high-pressure processing. But what we realized was that ‘Cold Crafted’ is a lot to unpack for consumers. It’s unique, but also a bit confusing. So, with our new packaging, our strategy was to use the power of design to communicate the attributes consumers already know and love us for.” 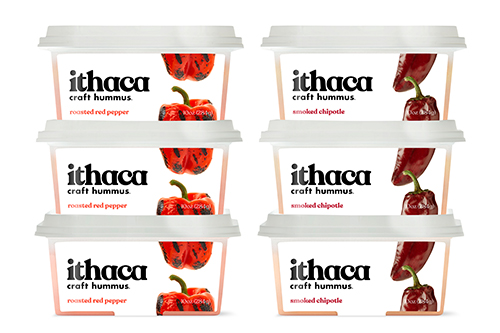 Chris continued: “Before we could develop our new packaging, we went through a brand positioning exercise that helped us define our core values as a company and align them with the consumers we seek to serve. We created a mission statement, Feed by Example, which not only positions us to continue leading the category with innovations that bring consumers the freshest possible product but is also a great filter for decision making as we continue to grow. Once all of the soul searching and brand positioning was complete, we created the new branding which will be launching at retail this summer.”

Rather than chase category leaders and attempt to beat them at their own game, Chris explained, Ithaca Craft Hummus is working to build a brand based on premium quality—on doing hummus better not doing hummus similarly.

“Our process and ingredients are without question the most expensive in the category. We could easily cut corners and use cheaper ingredients," Chris explains, “But we do it right because that’s what our customers have come to expect of us and it's who we are as a company.”

And, while the process is admittedly laborious, these are all benefits that you taste immediately when trying Ithaca Craft Hummus.