Launching this sold-out item in the U.S., the plant-based purveyor outlines its expansion across retail and foodservice

After an impressive launch in Europe, plant-based purveyor Juicy Marbles has officially launched its mouthwatering meatless steaks in the United States. On May 9, the Filet mignon-inspired premier cut hit the United States market, and it sold out in under eight hours.

As the brand is prepping for its retail and restaurant debut, it will be releasing monthly ‘meat drops’ for curious consumers. 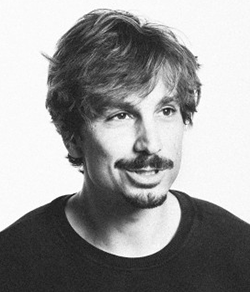 “What’s interesting about the challenge of fixing our food system is that solutions need to protect the environment and culinary traditions at the same time,” commented Vladimir Mićković, Co-Founder and Chief Business Officer. “The culture around meat is beautiful and needs to be preserved, as it brings us together in celebration of life and just being together, present and alive. If we keep the culture, and just remove current means of production, we’re going to have a good time in the future.”

Founded by a team of meat-eaters and vegans, Juicy Marbles is on a mission to reduce our reliance on animal agriculture. The company is set to continue exploring the plant-based venue and is opening up a new category of meatless meats: whole cuts.

Using proprietary protein texturizing technology and the brand’s patent-pending “Meat-o-Matic 9000,” Juicy Marbles is able to mimic the complex texture and intricate fat structures (marbling) of real meat, as well as produce it on a mass-market scale. This innovation enables the company to create premium, prime grade cuts of meat with full control over the shape, texture, marbling, flavors, aromas, and nutrition.

By late 2022, noted the release, Juicy Marbles plans to roll out its signature take on steaks to restaurants and retail. Future Juicy Marbles plans include the creation of more whole-cut steaks, including Tenderloin, Rib eye, and Sirloin. The brand’s Filet mignon is offered in multiple purchase options ranging from one pack of steak ($40 USD) to two packs ($80 USD), and a four pack for the ultimate meatless lovers ($125 USD). There will be four cuts of meat per pack.

Due to the brand’s small-scale production of the steaks, the initial price runs higher than the company’s ultimate goal rate. Within one to two years, Juicy Marbles plans to beat the price of meat.

Keep following Deli Market News as we report on the latest.

A friend once called us “the Salvador Dali of meats” because of how surreal our plant meats are. I mean, how could we not agree with that dope description? Our egos would never allow for that....