I don’t know about you all, but the holiday season has turned this trade news writer into a part-time baker, frequenting the kitchen to create indulgent delicacies to satisfy my sweet tooth. As many other consumers join in on the baking fun, Miyoko’s Creamery is introducing the first vegan butter cooking channel, which will showcase how the company’s butter melts, browns, bakes, and spreads just like animal dairy butter. 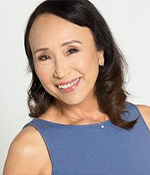 “With The Vegan Butter Channel, people don't have to take my word for it —they can see vegan butter perform for themselves, and hopefully are inspired to cook some of these recipes, or variations, at home,” said Founder and Chief Executive Officer Miyoko Schinner. “I created our vegan butter because, as a chef and cookbook author, butter is the foundation of so much of my cooking and baking, so it was important that any vegan butter I use tastes and performs up to the highest standards.”

Miyoko’s Vegan Butter Channel will stream on YouTube with notable chefs and experts such as Fat & Flour’s Nicole Rucker and Pura Vida’s Tara Punzone, according to a press release, and will share essential how-tos, cooking techniques, and recipes for unique dishes such as Buttery Vegan Tagliatelle Pasta in a Butternut Squash Cream Sauce with Crisped Sage. 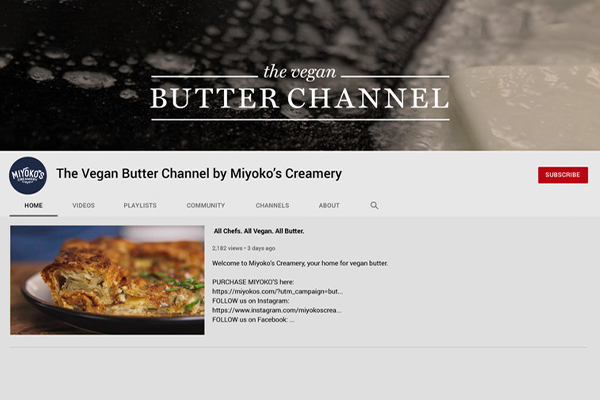 To view a list of the planned episodes for the first season of Making It Butter & Vegan, click here.

This unique new launch follows Miyoko Creamery’s landmark victory in which it obtained the right to use the word “butter” on the labeling of its award-winning European Style Cultured Vegan Butter, a key move to redefine the category.

Tune in to the next episode to hit The Vegan Butter Channel to find out why vegan butter may soon be all the craze amongst shoppers.