Alongside aggressive expansion plans, the company dials into this beloved snacking option in its latest line

You’ll hear it everywhere you go looking for industry news: The snacking trend is here to stay. For PeaTos™, the snack brand that is currently blowing up across the nation, it’s taking this knowledge to heart and digging its heels in deep to the snacking sector. Recently, the brand announced that it will be unveiling a brand-new look alongside a new addition to its line. PeaTos Crunchy Rings, much like the onion rings of old, are available in Classic Onion and Fiery Hot flavors. This line will launch with several major retailers, including Sprouts Farmers Market this October and Whole Foods in January 2020. 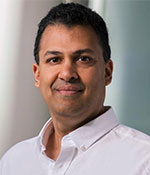 “We’re excited to introduce our new brand and the PeaTos Rings to the public in a big way,” stated CEO Nick Desai. “While PeaTos delivers better tasting junk food made from peas that consumers love, as we grew and listened to feedback from loyal fans, we realized that the PeaTos products were amazing, but our branding was missing the mark. We were not clearly communicating our product or value proposition. As a result, we spent a considerable amount of time developing a new approach that better aligns with what we had set out to create. What’s crazy is that they were still selling really well, and we’re really excited to see what happens.”

PeaTos Crunchy Rings in this new branding will roll out at Kroger stores nationwide this fall and will debut at the Produce Marketing Association (PMA) Fresh Summit.

“PeaTos is the talk of the town because it offers the best of both worlds,” added Desai. “We have really struck a chord with consumers. What is special about PeaTos is that you have a pea-based snack that tastes like it’s made from corn! This is important because it is what consumers are used to. It’s like the plant-based meat guys engineering products to replicate the experience of meat. We are looking to replicate the true ‘junk snack’ experience in every way.”

According to a press release, since PeaTos launched, the brand has experienced explosive growth in both door count and sales through retail partners like Kroger and Safeway, along with other partners in the travel, entertainment, and foodservice industry. 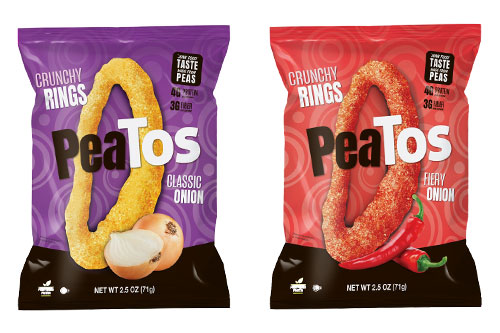 “This is the holy grail of snacking,” concluded Desai. “Imagine a snack that tastes better than your traditional corn-based snack and is more nutritious!”

As PeaTos continues to shake up the snacking category, stick with Deli Market News for the latest in innovations, new products, and more.