When I was a kid, milk and cereal were my morning staples. I became quite the connoisseur, if I do say so myself. Thinking of this breakfast staple makes me nostalgic, a feeling I believe the California Milk Advisory Board is hoping to evoke in its latest promotion. 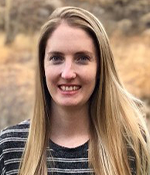 “Real California Milk and cereal are an epic combination for families kicking off the busy back to school season. Milk, with its 13 essential nutrients and cereal, full of fiber, carbohydrates, and protein, are an easy way to the start the day right,” Katelyn Harmon, Director of Business Development. “We’re encouraging families to take a little extra time together in the morning to share breakfast—fueled by sustainably sourced milk from California dairy farm families.”

The month-long Back-To-School promotion runs from August to September and is designed to elevate awareness of Real California fluid milk. In-store media will be displayed in the fluid milk and cereal categories within 739 California stores including Ralphs, Foods Co., Food 4 Less, Smart & Final, Save Mart, Lucky, Food Maxx, and CVS (Southern California locations only). 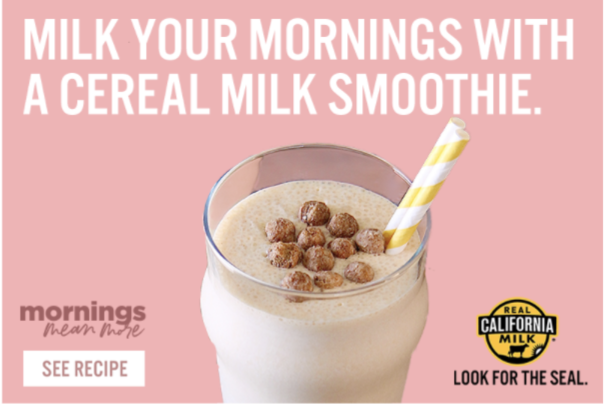 According to a press release, the promotion is an extension of the Mornings Mean More campaign and include recipes for fun new uses of milk and cereal, including cereal milk smoothies and lattes to fuel families before the busy school day begins.

As the Board noted, California is instrumental in providing the nation with dairy. The Golden State is responsible for producing butter, ice cream, milk, cheese, and yogurt, among other commodities, which fuel the lives of shoppers. California milk and dairy foods can be identified by the Real California Milk seal, which certifies they are made exclusively with milk from the state’s dairy farm families.

Shoppers shop with their eyes first, so we know seeing that logo equals an add to the basket!