There was no shortage of quality specialty foods at Natural Products Expo West this year, as the best in the biz descended on the city of Anaheim to showcase their wares. But within the sea of booths, some companies stood out more than others. Hummus company, Sabra received top honors, winning the coveted “Ultimate Hummus Challenge” at the Sabra Hummus Eatery at the expo. It was Bren Herrera’s delicious, plant-forward Hummus + Minted Avo Almost Vegan Bowl a la Cubana dish that won the top honor, winning for herself an Aura knife, and for Sabra, major kudos. 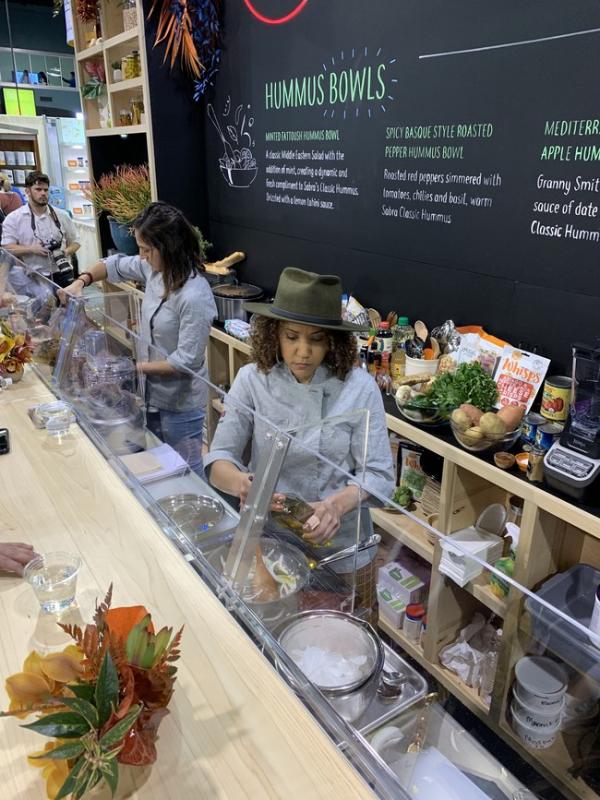 The Hummus + Minted Avo Almost Vegan Bowl a la Cubana highlights Sabra’s Classic Hummus, along with Haas avocados; mint; picadillo seasoned with cumin, turmeric, and parsley; caramelized onions; and garlic mojo, topped with mystery ingredients which included a fried egg from Handsome Brook Farm and an Impossible Burger selected from a basket during the 20-minute challenge. The recipe for the winning dish will be featured on the House of Bren website. The runner up was Gina Matsoukas (author of the Running to the Kitchen blog), who made a Hummus Shakshuka and included Expo West NEXTY-nominated Picaflor Live-Culture Srirawcha Hot Sauce.

The challenge was moderated by celebrity chef Einat Admony (from Chopped, Beat Bobby Flay, and others), the owner of hot NYC restaurants Balaboosta, Taim, and Kish Kash. Admony was the one to fill the mystery boxes with ingredients inspired by trends discovered at Expo West. There was also an expert panel of judges who tasted, evaluated, and voted based on flavor, creativity, and presentation. 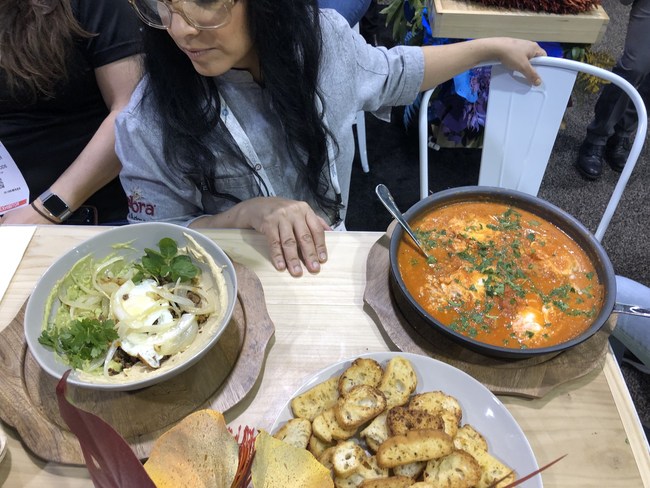 Throughout the five-day show, Sabra featured a visually impactful and inviting Hummus Eatery—a pop-up restaurant that highlighted the numerous ways to enjoy hummus beyond dipping. The company served up Hummus Toasts and Bowls, including a Lemon Hummus and Raspberry Toast and a Minted Fattoush Hummus Bowl, all created by Sabra’s Executive Chef Mary Dawn Wright.