Regional Southern flavors are at the forefront of this new movement that seeks to showcase U.S. charcuterie prowess

As a rule, anyone who tells me to “stay hungry and always eat good meat” is going in the “mighty fine people” section of my mental Rolodex. Kevin Ouzts, Chef and Founder of The Spotted Trotter, founded his charcuterie company in 2010 with just that ethos in mind. With experience that includes a stint working at famed Napa eatery, The French Laundry, and training with Charcuterie Master Taylor Boetticher from The Fatted Calf, Kevin knows a thing or two about exceptional flavor and impeccable technique. Both are central tenets of The Spotted Trotter, whose inventive products are touted by Kevin as “New American Charcuterie”—a take on classic old-world charcuterie that honors tradition while creating something uniquely American. 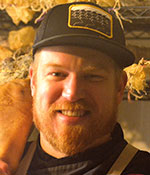 “We are developing and coining a new style of charcuterie called ‘New American Charcuterie’ by celebrating a 3,000-year-old art form in the United States as a 243-year-old country,” he said. “The ethos of The Spotted Trotter is to celebrate the terroir of the South Eastern United States by utilizing ingredients and agriculture in the charcuterie we create—developing, recognizing, and acknowledging the amazing bounty that the South has to offer in the meats we make.”

New American Charcuterie pays homage to the immense flavor diversity of the United States, tipping a hat to the classics, but developing new production methods and flavor ratios that celebrate charcuterie made with local ingredients. The Spotted Trotter’s recipes speak to the palate of the South, utilizing regional ingredients like sorghum syrup, mayhaw, toasted pecans, long cayenne peppers, peaches, and toasted peanuts to craft next-level salami and charcuterie. 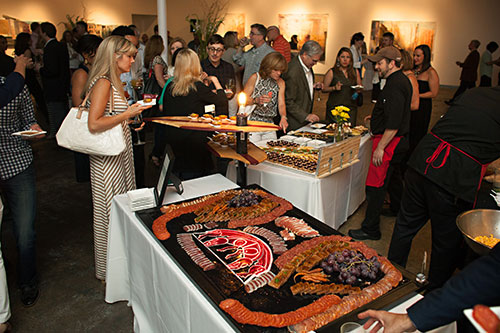 “We have the ability to service a handmade, small batch product made by chefs that understand the nuances of great taste,” Kevin commented. “We focus on good food made the right way—all our meats are humanely sourced and pasture raised, and we make everything in small batches every week. As such, we can react quickly and personally with any retail needs.”

While the U.S. has claimed Jazz as the great American art form, charcuterie has long been regarded as a European birthright. But as anyone in this industry knows, charcuterie from America has begun making waves overseas, and with meat auteurs like Kevin and The Spotted Trotter in our corner, the U.S. of A. is ready to make its mark on the global stage.

It is our passion to always provide our clientele with exquisite balance in flavor, price, and sustainability. All of our ingredients are purveyed with responsibility in mind. We make the food you...