I will admit, I do indulge in the carnivorous intensity that is a bacon burger. For those consumers who are looking to indulge in ways that aren’t quite so heavy on the gut—or the environment—Sweet Earth Foods has released its Awesome Bacon Burger. This product expands the plant-based creator’s portfolio just in time for grilling season and just as more and more Americans report their desire to tap into consuming more plant-based foods. 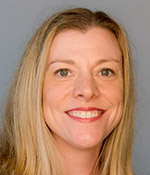 "We are so excited to announce the release of the Awesome Bacon Burger as the first-ever vegan bacon burger, proving eating plant-based can be just as delicious as it is nutritious," said Vice President Jessica Vasisht. "The combination of the Awesome Burger and our award-winning Benevolent Bacon brings together two of our fan-favorite products into one delicious option that is perfect for summer grilling."

The Awesome Bacon Burger is noted for being deliciously smoky and infused with vegan bacon bits. According to a press release, it is made of textured pea protein and contains 26g of protein per serving. It is also non-GMO project certified. 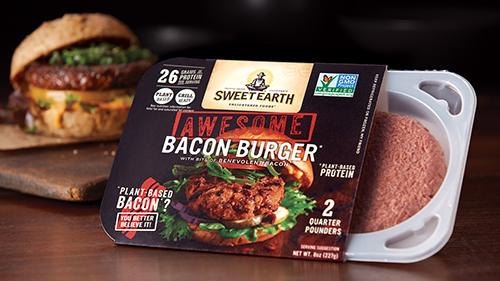 Starting this week, the Awesome Bacon Burger can be found at retailers like H-E-B. Nationwide distribution will increase over the coming weeks.

The limit to plant-based does not exist, and that’s facts! Keep reading Deli Market News as we cover the latest ground in innovation.