Funneling 300M dollars into a new facility, the protein provider aims to meet rising demand as it accelerates growth

Tyson Foods is proving that its growth strategies have been a raving success as it has announced that it will invest $300 million in building a new fully cooked facility in Danville, Virginia. The meat maven’s project comes as part of its commitment to meet rising demand and accelerate further expansion as it shows no signs of slowing down. 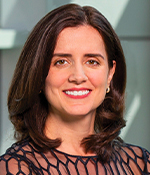 “As consumers actively look to add more protein to their diets, Tyson is uniquely positioned as a category leader to meet that growing demand,” said Noelle O’Mara, President, Prepared Foods. “Our continued focus on consumer driven innovation will accelerate this momentum, and our investment in Danville-Pittsylvania County will help drive the long-term growth of the iconic Tyson brand.”

Tyson’s new facility 325,000-square-foot state-of-the-art facility is expected to create almost 400 jobs when production begins in the spring of 2023, according to a release from the company. The operation will be primarily used for the production of its premium, fully cooked Tyson brand chicken products including its popular Any’tizer® snacks and Chicken Nuggets.

The new facility will be built in Cane Creek Centre, an industrial park partly owned by the City of Danville and Pittsylvania County. As the company expands in the area it has also committed to purchasing 60 million pounds of Virginia-grown chicken over the next three years. 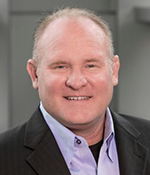 “Our company has been successfully working in the Commonwealth of Virginia for decades,” said David Bray, Group President of Poultry. “We’re thankful for the invitation to become a part of the Danville and Pittsylvania County communities, the support from both state and local leaders, and the presence of such a strong workforce in the region.”

Currently, Tyson employs over 2,000 people across the state of Virginia with an annual payroll of more than $76 million. In 2020, the meat purveyor paid Virginia poultry growers over $37 million and estimates its total statewide impact to be $154 million. Tyson’s other processing operations in the state are located in Glen Allen and Temperanceville.

What impact will this new facility have on Tyson’s growth strategy? Keep reading Deli Market News for the answers to that question and more.