Responding to regulatory actions is just a part of the job when you’re in the food business, and retailers know this well. As such, it is important to have leadership in place that can navigate what can sometimes be a complicated process. Walmart recently strengthened its own leadership, naming Joe Beemsterboer as its new Vice President for Government Enforcement and Legal Investigations. 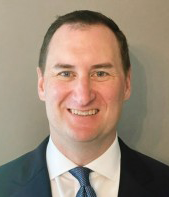 Before joining Walmart, Beemsterboer spent over 12 years at the Justice Department, according to a report from Bloomberg Law. While part of the department, Beemsterboer led the health care fraud unit for three years and served as Acting Chief for one year.In his new position with the retailer, Beemsterboer will develop government enforcement strategies and help Walmart respond to regulatory enforcement actions from federal agencies.

Beemsterboer officially stepped into his role on July 25 and will report to Bob Balfe, Senior Vice President and Chief Counsel for Global Investigations.

We applaud Joe Beemsterboer as he enters this new role!