Leave no stone unturned—the future of humanity depends on it. I am not speaking of some far-off apocalyptic science fiction, but the ambitious act of changing the world’s food system. This is the vision of The Better Meat Co., a protein-producing powerhouse that aims to take the animals out of the meat market. 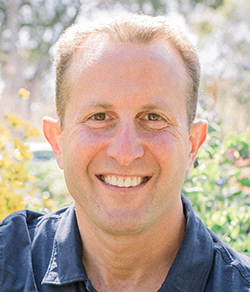 “Our goal is to recreate the meat experience without animals in the most economical, delicious way the world’s ever seen,” Paul Shapiro, Chief Executive Officer, told me as we walked the halls of The Better Meat Co.’s facility in West Sacramento, California. “We can satiate humanity’s meat-tooth by harnessing the power of fungi fermentation to create whole food, animal-free meats that are all-natural, delicious, and affordable.”

Fungi, you ask? Yes, fungi. Paul and his team are turning the plant-based sector on its head with a protein replacement fit for the most ferocious of meat eaters. I watched in awe as the supplier’s scientist Dr. Brad Bartholomai swished around a bottle of oatmeal-like substance before straining out the liquid to reveal a fibrous chunk of fungi that, I swear, looked just like deli meat. 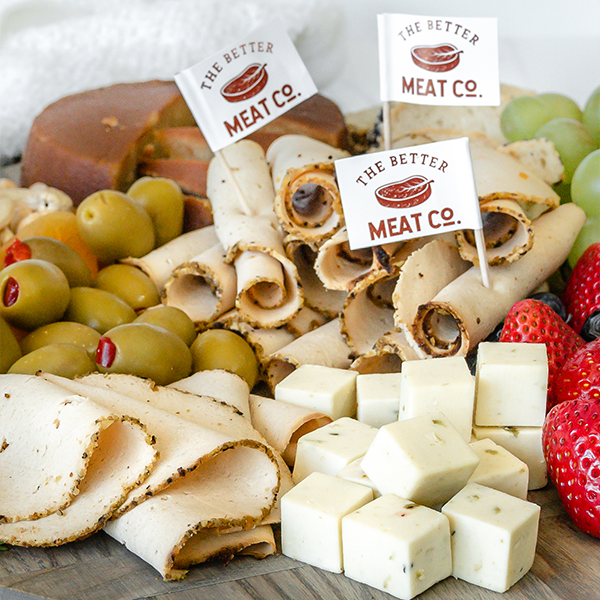 The material is called mycelium, also known as the root-like structure of fungi. The Better Meat Co. produces this product by fermenting the microscopic fungi over a 20-hour period in large metal cylinders that resemble the back room of a brew pub. What begins as almost entirely liquid transforms into a thick soup of protein-packed goodness, literally overnight. The mycelium is then dried out in a protected chamber before being vacuum-packed and stored for distribution.

As an ingredients supplier, The Better Meat Co. provides its dried mycelium to large meat producers who are looking to develop meatless and blended products. Developmental research partnerships with Hormel and Perdue are just the tip of the iceberg for what The Better Meat Co. will do. In its most recent development, the company announced it will now be serving employees at the LinkedIn headquarters with its mycoprotein deli slices and fungi foie gras.

“We’re creating the next generation of alt-meat ingredients by delivering a meat-like texture with whole food nutrition,” Paul explained. “Unlike many plant-based replacements out there, we don’t rely on isolates to create a product that resembles meat. Instead, we deliver a product that is even better than meat and still maintains numerous health benefits, naturally.” 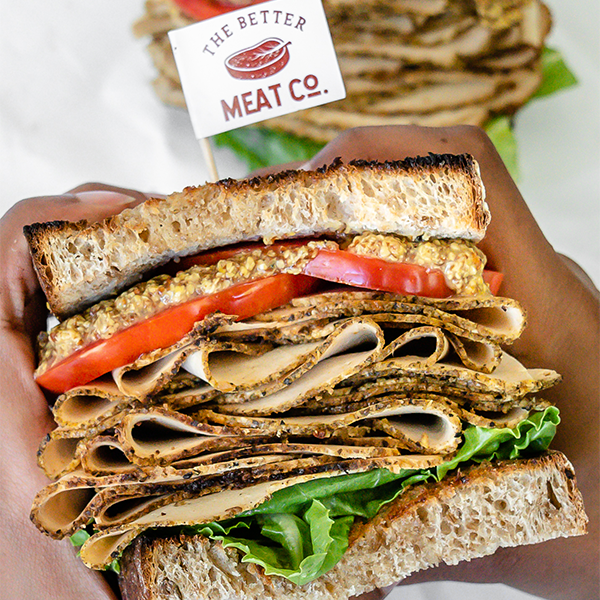 From mycelium “bacon” to smoked “turkey” deli slices, The Better Meat Co.’s innovative product can be used to create a wide array of meatless options. For the flexitarian dieters, mycelium can even be blended with meat products to create an offering that is easier on both the planet and the conscience.

As a pescetarian myself, I wholeheartedly believe that The Better Meat Co.’s vision will one day become a reality. In just the four years since its founding, the company has already disrupted both the plant-based and animal meat sectors with its product, effectively creating a solution that will change the way consumers bring protein to the plate.

Keep an eye out for this up-and-coming supplier. I know Deli Market News certainly will!