This year marks four in a consecutive streak of American Cheese Society wins for Būf Creamery. Most recently the company brought home Gold and Silver, one title for each of its two newest creations: Andino Rustico and a Basil Infused Mozzarella. 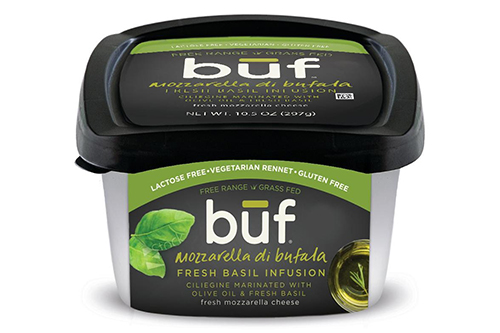 “We are thrilled that they have already been given Gold and Silver awards at the 2019 ACS and thank ACS for another great year,” the company stated in a recent release. “We look forward to launching these two ACS medal-winning cheeses into the world and onto your plates!”

The cherry-sized mozzarella infused with fresh basil took the Gold title at the 2019 competition. The basil ingredient is grown in Colombia, which the company noted provides rich soil for the product.

The Silver medal went to Andino Rustico, which Būf describes as a nod to the rustic grillable cheese from the island of Cyprus. Made with water buffalo milk and a spreckle of mint from the traditional recipe for preservation, it has a long shelf-life and creamy profile. 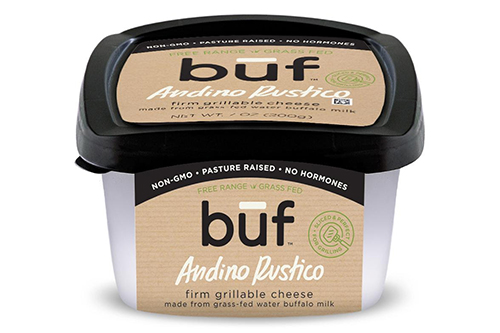 The milestones continue later this week for the company, which noted that its President and Co-Founder, Alejandro Gomez Torres, has been invited as a judge to The World Cheese Awards, taking place in Bergamo ITALY.

“This is a great honor to be asked to attend the ‘Cheese Oscars’ and will make him the first Colombian to represent the region at this event,” the team noted.

This year will be a first time for the event, too, which has never been staged in Italy before. The World Cheese Awards take place October 17 through 20, 2019.

Our buffalos roam free at the foot of the Andes Mountains in Colombia, where they graze on the native grass. Their rich milk yields a fresh mozzarella cheese.