Building its grocery presence, the alternative protein purveyor launches its latest release at this big-box store

The plant-based meat sector is accelerating forward, creating new opportunities for growth across the category. Capitalizing on this rising demand, California-based Impossible Foods has debuted new Impossible Meatballs Made From Plants. This will be the company’s third new retail product in the past four months as it solidifies its expansion throughout retailers nationwide. 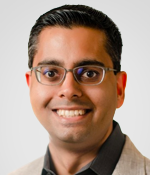 “We’re innovating faster than ever and developing our products with qualities that matter most to consumers, including everything from taste to convenience,” said Ravi Thakkar, Vice President of Product and Commercialization. “Impossible Meatballs are the latest example of that—giving people a simple, delicious, and sustainable alternative to a family classic."

Impossible Meatballs will be available at Walmart stores starting this month and will be expanding to additional retail locations later this year. According to a press release, the introduction of Impossible Meatballs at Walmart marks the widening of its presence on the retailer’s shelves and is bolstering Walmart’s launch of a dedicated plant-based destination in its frozen aisle at more than 3,000 locations.

Walmart’s new plant-based section will feature Impossible Foods branding and include a wide array of frozen products made by the company. Earlier this year, the plant-based purveyor launched Impossible™ Sausage and Impossible™ Chicken Nuggets as well as expanded retail availability of its flagship product, Impossible™ Burger, which is now in about 22,000 grocery retail locations. All of these products will be available in Walmart’s new store section in addition to having 12-ounce packages and 2-patty packs of Impossible Burger in its fresh meat section and both Savory and Spicy Impossible Sausage in its fresh breakfast meat section. 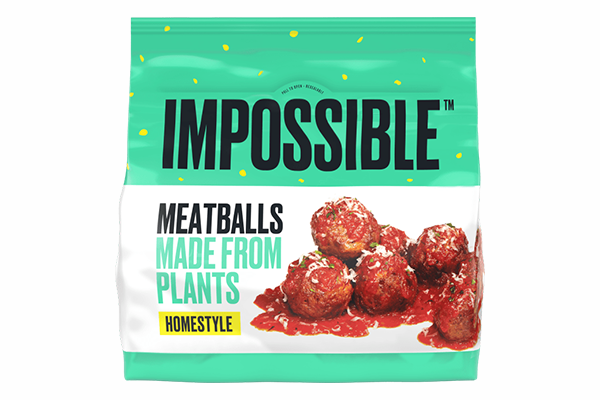 New Impossible Meatballs come pre-formed and fully cooked and work well in consumer meatball recipes ranging from spaghetti to meatball subs. Each of the meatballs is made with a custom mix of Impossible Burger and Impossible Sausage, as well as a savory homestyle seasoning blend. They contain 12 g of protein per serving, 0 mg of cholesterol, and 30 percent less sodium than other meatballs.

Hitting Walmart shelves at $6.48 per pack, Impossible Meatballs come in a resealable freezer bag and are ready to reheat in the oven, microwave, stovetop, or the handy-dandy air fryer.

Impossible Foods’ rapid expansion in grocery stores is a crucial piece of the company’s mission to transform the global food system with flavorful plant-based products that consumers prefer. Impossible Meatballs have a far lower environmental footprint than their animal-based counterparts—requiring 75 percent less land, 85 percent less water, and 90 percent less greenhouse gas emissions to produce, according to a lifecycle analysis.

What will be Impossible Foods’ next move to expand its retail footprint even further? Only time and Deli Market News will tell, so stick with us.