Tradition is well-respected in the specialty food industry. If it weren’t for the dedicated suppliers maintaining time-tested operations from generation to generation, many of the products we know and love would not exist. One company with tradition at the forefront is ITAN, maker of Italian artisanal confections.

The ancient nougat industry of the Nardone brothers is the inspiration behind ITAN’s operations in Venticano, Italy. According to a press release, the family business is composed of multiple generations who have dedicated their own resources to ensure that these artisanal practices continue. 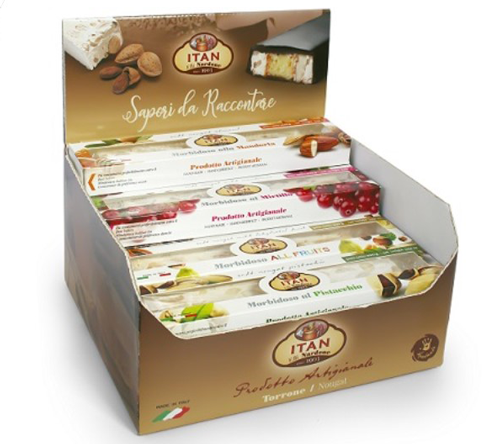 One of the company’s most popular products, Cupedia, was traditionally used during Christmas celebrations but is now used in several eating occasions. Another of the Nardone brothers’ premium products is the Pannardni, including stuffed nougat filled with Spanish bread and liqueurs and covered with chocolate.

ITAN’s number one goal is to produce products that uphold the quality, authenticity, and respect of the tradition. The respect of these values is handed down from generation to generation with traditional manufacturing procedures. The company’s brand, NARDONE, is marked by quality, taste, and genuineness. ITAN mainly sells to gourmet shops and retails chains in Europe, USA, Canada, Venezuela, Russia, Australia, and New Zealand.

Never underestimate the power of tradition! For more reports in the specialty food industry, keep coming back to Deli Market News.

The vocation of a family that for four generations has dedicated the best of its resources to a noble art that perpetuates a generation of gentle flavors. Artisanal production of nougats and...