Jollibee, a fast food restaurant chain that is wildly popular in the Philippines, has pressed the gas on its global expansion plans. The company is a dominant presence in the Asian restaurant space, and now it is looking to the west to grow its brand overseas, announcing its third store in the Greater Toronto Area (GTA) in North York, Ontario.

"We are so excited to be opening our doors for a third time in the Greater Toronto Area," said Maribeth Dela Cruz, President, North America Philippine Brands. "We are incredibly humbled by the support we have received from locals of the Toronto area since opening our last two stores in Scarborough and Mississauga, and we look forward to being able to give our Toronto Wilson Station family the same warm and friendly service our customers know us for." 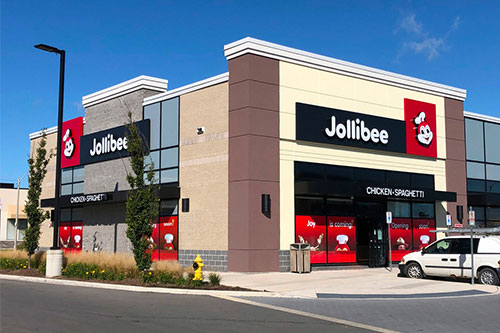 The company operates over 1,300 Jollibee stores worldwide, with over 200 international branches in the U.S., Canada, the U.K., Hong Kong, Macau, Brunei, Singapore, Vietnam, Saudi Arabia, United Arab Emirates, Qatar, Oman, Kuwait, Bahrain, and Italy. The new store in North York, its sixth location in Canada, is part of a larger plan to open 100 branches in the country over the next five years, according to a press release.

Jollibee has been targeting the GTA region recently, opening its first two stores in Scarborough and Mississauga last year. The company is expanding into other areas of Canada as well, opening its first Alberta province location in August, where around 8,000 customers were served on the first day.

The new location will feature several opening-day promotions, including:

Where will Jollibee’s westward expansion take the restaurant next? Deli Market News will report.

Charging forward in the expansion arena, the baking giant taps a new Chief with over twenty years of experience...

Setting a new pace for growth, the meal kit provider stages a comeback with a branding overhaul and operations revival...

The retailer adds new supply-side partners to its operations as it paves the way for sustainable protein options...

Kicking off its first foray into plant-based, the confections champion launches a new line at this monumental show...

Now that the dust has settled, the cheesemaker digs into how it is using the WFFS as a launching pad for growth...