KeHE Distributors is pushing multiple new initiatives in an effort to be more supportive of its partners. The company recently launched its DIVERSEtrade™ program, which aims to source woman, minority-owned, LGBT-certified, and veteran-owned suppliers. This followed its successful CAREtrade® program, which began back in 2017. KeHE released more news this week, announcing that it has a new class of 2020 CAREtrade® partners. The program identifies and promotes a set of brands that advance a higher purpose than commercial success, aligning with the natural, organic, specialty, and fresh-focused distributor’s dedication to service. 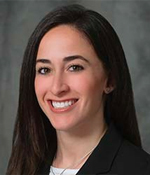 “These partners exemplify a passion for serving for a greater good through their environmental and humanitarian causes,” said Ari Goldsmith, Vice President of Marketing and CAREtrade Co-Founder. “KeHE’s like-minded values are rooted in our mission of serving to make lives better. We’re proud to celebrate suppliers through this core initiative that supports brands who align with our purpose; to use business as a force for good.”

According to a company news release, KeHE is eager to share its CAREtrade Partners and their impactful stories:

Argania is a producer of authentic Moroccan Argan Nut butters that provides fair wages to over 500 Berber women that work in Morocco. This allows them to escape the isolation they otherwise face. Argania also invests 5 percent of its profits directly back into the cooperatives to help support the women, their families, and the communities in which they live.

Project 7 is dedicated to seven important causes: saving the earth, housing the homeless, feeding the hungry, providing clean drinking water, healing the sick, supporting education, and encouraging peace with anti-bullying campaigns. The company has historically given upwards of 30-50 percent of profits to these causes.

Beyond Good, formally Madécasse, works directly with cocoa farmers in Madagascar to help them grow premium heirloom cocoa for their chocolate products. It helps its cocoa farmers prosper with Direct Trade and made-at-the-source mission, supporting local community projects such as water wells and refurbishing schools.

Equal Exchange was the first Fair Trade coffee company in the U.S. and has worked for over 30 years to increase compensation, accessibility, and equality for the small-scale farmers where it sources products. Equal Exchange also coordinates funding for dozens of on-farm projects, which has generated more than $5 million in additional income for farmers.

Rumi, an American veteran-run spice company, partners with Afghan farmers to bring sustainably farmed and unadulterated spices to the global market. It works directly with over 300 farmers in Afghanistan and plan on expanding its reach to other war-torn countries, bringing international flavor to U.S. consumers.

Previous CAREtrade suppliers have experienced 11 percent total U.S. growth together. This totaled $3 million in the last year according to IRI/SPINS. KeHE’s 2019 class consists of Bhakti, This Bar Saves Lives, NuttZo, World Centric, and The Soulfull Project, who will continue in the program and serve as mentors to the new member organization. To see how these exciting new partnerships transpire, keep checking in with Deli Market News.

We are committed to the growth of our customers and suppliers by providing optimal distribution solutions and services.