Sid Cook, Owner and Master Cheesemaker of Carr Valley Cheese Company is one of a kind. And like the cheese he so lovingly creates and shares with the trade, he too is made from a rich recipe of passion, life, and dedication. 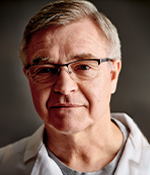 “When people would ask my dad, ‘Is Sid in the cheese business?’ He’d say, ‘Yeah, he just doesn’t know any better.’ I never really thought about being a cheesemaker, it was just a part of life,” Sid shares with me. “I grew up with it, I liked it and, as it turned out, I really enjoyed developing new flavors and working with cultures.”

As Sid revealed, he had the business and the craft of cheesemaking calling to him long before it was a conscious decision, and it is this dynamic that has made cheesemaking more of a lifestyle than a profession.

“My parents' cheese plant was just outside our kitchen door, and it was always a busy place with trucks coming in and neighbors stopping by. As soon as I was able to walk, I was in the factory. I loved being in the make room as a kid and would ride my trike around the vats,” Sid said. “When I could, I’d stand on a bucket to help stir the vats or clean. I made my own vats as an early teen and got my cheesemaking license at 16. It’s hard to believe, but I’ve been making cheese more than half a century!” 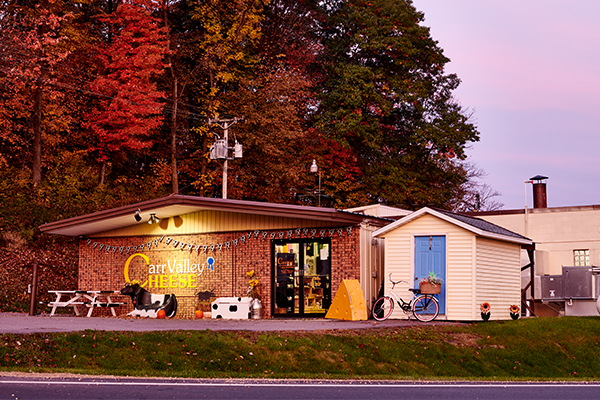 So much has changed in the industry and in the family business over those 50 years, and being able to take it all in from the table of a thriving company has been a dream for the Carr Valley team.

“In the 1970s, we were selling to a single buyer. I noticed that dozens of cheese factories like ours were going out of business because they had a similar business model, so we moved to supplying several buyers and then eventually specializing in artisan varieties,” Sid explains to me. “The different cheese-making systems and sales channels allowed us to grow the specialty cheese business. That’s really been the differentiation through the years that has made us successful.”

Sid has always been particularly interested in the art and science of cheesemaking, from flavor profiles to cultivation practices all over the world. Several years ago, he went through the Master Cheesemaker Program through the Center for Dairy Research and now advocates for the experience to others; supporting and encouraging cheesemakers in Carr Valley to grow in their careers through education and travel.

All of this truly echoes what is at the heart of the Carr Valley vision. 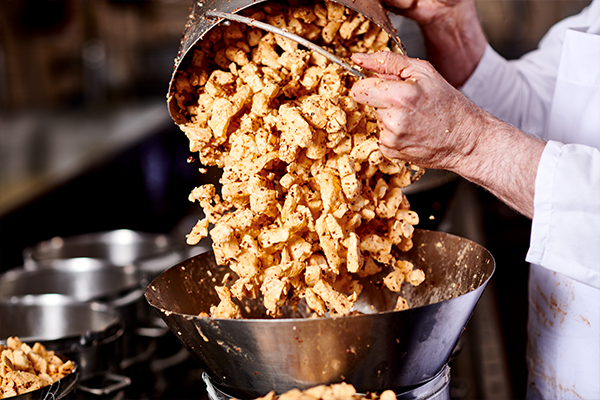 “Our mission is to bring innovative varieties to the market at an affordable price using the best processes and quality ingredients. There are so many steps to the cheesemaking process, and everyone involved is incredibly passionate about cheese,” Sid says, adding how the people at Carr are as important as the processes and recipes themselves. “We’re a local company. From our farmers to the cheesemakers and the salespeople, we all serve these cheeses to our family with pride.”

For the Carr Valley team, there is a tremendous amount of pride when generations of families choose Carr Valley as part of their holidays, celebrations, graduations, and other big moments in their lives.

“We’ve been doing this for a long time. It’s been a lifetime passion of mine to develop unique cheeses that have never been done before. We have dozens of ‘American Originals’ that are completely innovative varieties you can’t get anywhere else,” Sid adds. 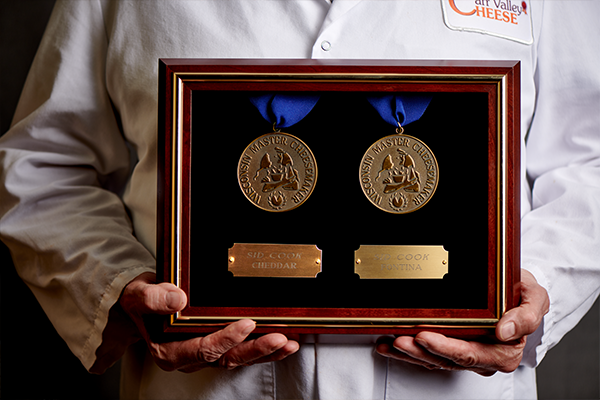 These cheeses have been recognized at the most prestigious cheese competitions in the world, and it is a thrill for everyone involved. A short time ago, Carr Valley received “Supreme Champion of Americas Cheese” at the International Cheese and Dairy Awards along with 11 top awards. The Cave Aged Marisa, a sheep milk variety, has won both “Super Gold” (World Cheese Awards) and “Best in Class” (U.S. Championship Cheese Contest), twice.

“We’re still making our cheeses in small plants. When we do make improvements, we do it in a way that makes it easier for our cheesemakers. We pride ourselves in continuing the art of traditional cheesemaking and preserving Wisconsin’s family farms. We support our partners in the market by providing quality, innovative cheeses that are nationally and internationally recognized. But, of course, it comes down to the taste,” the 50-year cheesemaker expresses.

As Sid says, when a shopper buys a piece of Carr Valley cheese in their local grocer and comes back the next day to buy more, that’s the biggest accolade the team can receive.

Carr Valley Cheese is the most acclaimed cheese company in the world. We make over 80 different varieties of cheese.