A new frontier awaits Nestlé, as the Swiss-based giant looks to expand its global reach in the increasingly expansive meat alternative market. The company introduced a range of plant-based meat alternatives in China under its Harvest Gourmet brand on Wednesday. 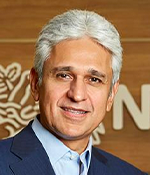 “The food sector is undergoing a quiet revolution as healthy, nutritious, and environmentally friendly foods are gaining an increasingly large share of the market,” said Rashid Qureshi, Chief Executive Officer of Nestlé’s Greater China Region, in an email to Bloomberg.

The company is not without a foothold in the giant market, with a factory in the northern Chinese city of Tianjin that is planned to make products like faux burger patties and pork mince for restaurants and other foodservice providers.

The recent launch includes kung pao chicken and braised meatballs, which will be available later this month online via on Alibaba Group Holding Ltd., as well as in its Hema supermarket chain in Beijing and Shanghai to start.

“Research has shown that the majority of consumers plan to increase their intake of plant-based food,” Qureshi told Bloomberg. “There is huge potential still set to be unlocked.”

While Nestlé has accelerated its global reach in plant-based meat throughout Europe, the U.S., Australia, and New Zealand, China accounts for 27 percent of the world’s meat consumption by volume.

The country is already showing a positive response to the category overall, with Beyond Meat having announced a major production facility in the country and deals for products to be sold in Starbucks, KFC, and Pizza Hut outlets. Impossible Foods is also in the game, currently waiting for Chinese approval to start selling its products, with plans for an aggressive launch upon being given the green light.

As more and more big players vie for space on this global game board, we will continue to report on the newest strategies revealed.