The mission-driven granola bar company has undergone a new branding strategy and unveiled new packaging that screams fun, bright, and whimsical, reflecting its internal culture. ReGrained’s new brand imagery supports its mission to better align the “food we eat with the planet we love.” 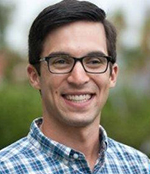 "I believe we need to shift the conversation to include more consideration for upstream inputs (i.e. compostable = plant-derived) and not just downstream (landfill, recycling, compost). Lots of confusion abounds about this stuff," CEO and Co-Founder Daniel Kurzrock said in an email.

According to the press release, the new branding, which will launch later this week, also represents the company's official debut as a platform for upcycled food innovation. The brand's hero offering, ReGrained SuperGrain+™ is a versatile ingredient useful in all commercial applications from savory to sweet, producing a range of delicious, nutritious foods. In addition to its signature SuperGrain+ Bars—re-released in slightly rebooted flavors: Honey Cinnamon Immunity, Chocolate Coffee Energy, and Blueberry Sunflower Antioxidant—the company also has many co-branded "Powered by ReGrained" products with other food companies in the works.

Ever wonder how we makes our upcycling magic happen? This to-scale, scientifically accurate process pictured above pretty much sums it up.

ReGrained's new brand identity has also incorporated a call to action, "Eat Up!", which carries several layers of meaning.

“’Eat Up!’ is the evolution of our original ‘Eat Beer.’ tag,” Kurzrock explained. “While ‘Eat Beer.’ caught people’s attention, ‘Eat Up!’ is a simple call to action with at least three layers of meaning: 1) Eat Upcycled. 2) The food is so tasty, you can’t help but eat up and finish your food. And finally, 3) The food is nutritious, so eat up for your health.”

ReGrained’s goal is to produce a fully certified, compostable package within one year that it will open-source so it can be available to and be widely adopted by the industry. Kurzrock says there is also a need to educate consumers on all aspects of compostable packaging.

In the meantime, Eat Up! SuperGrain+ bars can be found at thousands of retailers nationwide, including Whole Foods, Sprouts, Lucky, SaveMart, Nugget Market, Fresh Thyme, and many more.

Mondelēz International Announces the Return of Oreo Cakesters and...

ReGrained is a mission-driven company creating foods that are good for you and good for the planet. We have invented a way to rescue nutritious, edible byproducts & upcycle them into delicious,...