The coveted ad spot during the Super Bowl has made companies dial up their marketing prowess. Sabra aired a spot during Super Bowl LIV, tapping celebrities, influencers, and Doug the Pug to ask fans, “How do you ‘Mmus?” 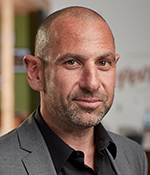 “In the past two decades we have proudly introduced hummus to America,” said Tomer Harpaz, Chief Executive Officer. “Last night, we used thirty seconds on the biggest stage in national sports to inspire viewers to rethink hummus. As one of the most beloved plant-based brands, we are focused on creating truly delicious food, demonstrating broad appeal, and bringing people together. If you thought you knew hummus, we think you’ll think again.”

This commercial was the first time a hummus brand advertised during the Big Game, a press release noted. Celebrity and influencer talent were shown dipping their favorite foods in the hummus flavor of their choice. 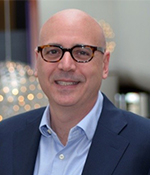 “From a creative standpoint, we wanted to entertain viewers and position hummus as more relevant, more relatable, and more fun than you may have expected,” said Jason Levine, Sabra CMO. “We invited a wide range of personalities with enthusiastic fandoms to share the unique ways they enjoy hummus and inspire the rest of America to do the same. Not everyone will relate to all who joined us on set, but the overall message is the same for all. Hummus is for everyone and pairs well with nearly everything you love to eat. The question is, ‘How will you ‘Mmus?”

Is a Super Bowl spot the next step for specialty foods? Deli Market News will report back next year.

Olives From Spain Wraps Up "Have an Olive Day" Campaign