Not long ago, we reported on the continued congestion impacting the United States’ East Coast ports. Most recent reports have revealed an update to the situation, unveiling that several major container ports on the East Coast are experiencing elevated levels of congestion, although a few do remain relatively un-congested.

Container lines continue to reposition away from the West Coast, according to a report from Hellenic Shipping News, thus increasing strain on East Coast ports.

The news source also noted that of the top 10 East Coast container terminals, four currently exhibit long waiting times. These are New York and Elizabeth APM Terminals, both of which are part of the Port of New York, and Garden City and Savannah Terminal, both part of the Port of Savannah. 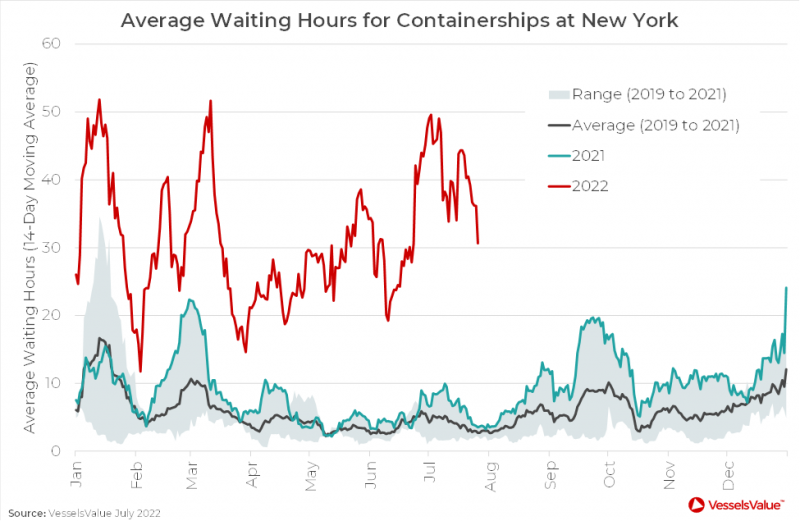 Average waiting times at the Port of New York have gone between 20 and 50 hours for most of 2022, which is higher than last year’s level, which rarely exceeded 20.

The four congested terminals are among the busiest on the U.S. East Coast and handle bigger ships, including the biggest type, Ultra Large Container Vessels.

Keep clicking on Deli Market News as we continue to bring you updates on the supply chain and challenges impacting U.S. ports.