Unveiling plans for new stores under its millennial-focused 365 banner

Whole Foods Market has released its Q3 2015 financial results, with total sales increasing 8 percent to a record $3.6 billion. The company also commented on its plans for store growth, saying it expects to open at least 76 new locations from now until fiscal year 2017. “In this rapidly changing marketplace, we believe we are taking the necessary steps to position ourselves for the longer term,” commented Walter Robb, Co-Chief Executive Officer of Whole Foods. “We remain focused on innovating and evolving to best serve our customers’ diverse purchasing preferences. From the unique experience of our Whole Foods Market stores, to our growing online channel for home delivery, to the exciting launch of our 365 by Whole Foods Market stores, we are making investments to extend our reach to both new and existing customers.” 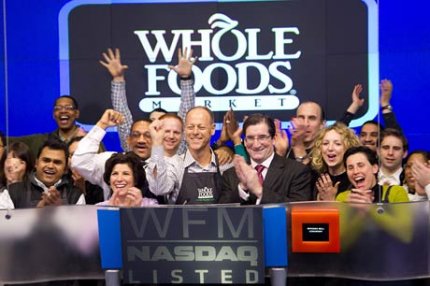 “We are really excited about the progress we have made with securing real estate in markets where there is high demand for both quality food and value in a convenient format. We plan to open up to five 365 by Whole Foods Market stores in the second half of next year with the expectation of doubling the number of openings in 2017,” said Jeff Turnas, President of 365 by Whole Foods Market.

The company currently has 424 stores and expects to cross the 500-store mark in fiscal year 2017. Longer term, Whole Foods sees demand for more than 1,200 Whole Foods Market stores in the United States, however the new 365 by Whole Foods Market format is expected to expand growth opportunities even further.

Other highlights from Whole Foods’ report include:

Stay tuned to Deli Market News as we continue to update you on this growing retailer.

A busy day here with two new store openings! Check out store opening number one in #Ashburn, #Virginia. You'll find an in-house #charcuterie program and an extensive bakery with fresh-made donuts and artisan bread. Not to mention a pub that sells #beer, #wine and spirits! Get more details by giving the store a follow at @WFMashburn.